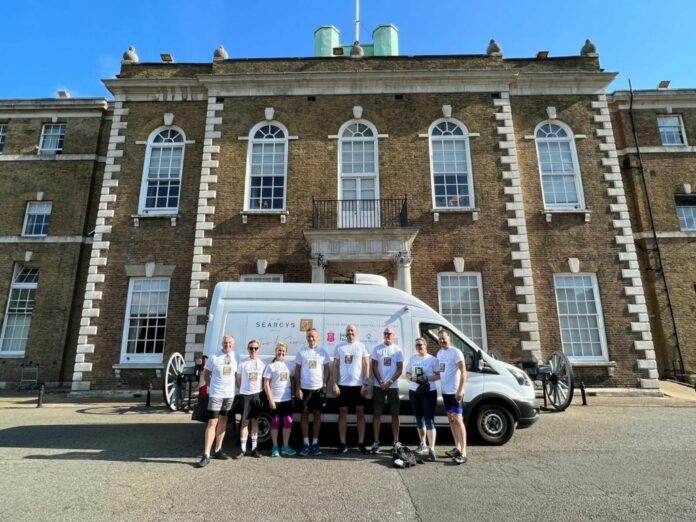 British restaurateur and events caterer, Searcys, has raised over £99,000 for charity, hitting over half of its target to raise £175k for a range of charities and social enterprises.

Achieved through fundraising across its venues and central teams, Searcys has been taking part in a variety of activities to mark its 175th anniversary, from charity runs to raising over £10,000 for #CookforUkraine at Searcys’ restaurants and bars earlier in the year.

A pinnacle of the fundraising calendar for the company so far has been the ‘Tour De Searcys’, a three-day gruelling 175-mile charity bike ride, led by Managing Director, Paul Jackson. The route took them across all 18 Searcys venues, from The Honourable Artillery Company across to the Barbican and the Gherkin, up to Blenheim Palace in Oxfordshire and ending at The Pump Room in Bath. In total, the team has raised over £17,500 for charity partners Beyond Food, Hotel School and Julian House in Bath.

‘Delivering our £175k charity pledge to celebrate the company’s 175th birthday has been a tremendous team effort,’ explains Paul Jackson, Searcys Managing Director. ‘Our vision has been to build a platform for each and every one of our people to support causes close to their hearts. Examples include wonderful Jenny Sunwar from the Barbican who ran 175km in the month of February, our people team who took part in Moonwalk in support of Breast Cancer research and colleagues across the company have run, cycled, baked and organised raffles. Whether large or small, every effort matters and every contribution is greatly appreciated.’

Showing no signs of slowing down, upcoming activity includes a charity dinner for New Horizon Youth Centre at the Gherkin on 6 September and a gala for Young Classical Artists Trust (YCAT) on 26 October at The Inner Temple in the City. The company will also continue donating one workday for each of its team members to take part in activities for their own causes and local communities. All fundraising efforts will go towards its end of year target of £175,000, which was set-up in homage of founder John Searcy, who launched the catering company back in 1847.