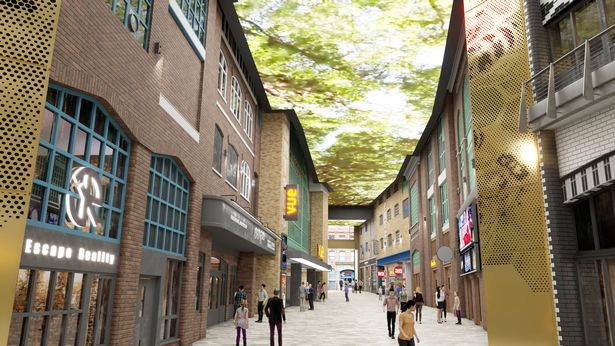 Following the signing of a new 20-year deal, the flagship cinema is undergoing a multi-million-pound refurbishment in tandem with transformational work at the complex, totalling £22 million.

The renovation of the 20 screened venue which has a total capacity of 2,086, including Europe’s second largest IMAX, is being carefully staged allowing it to operate as normal for events and day to day business. The revamp will see each screen room upgraded with luxury recliner seating with tables and drinks holders, refreshed carpets and paintwork. The first stage is near completion with the entire project being finalised in September.

Head of corporate sales and advertising for Vue Entertainment, Rachel Macaulay said: “this investment gives us a superior offering to conference and event organisers in the North. It’s a game-changer for delegates’ comfort, allowing for total concentration in a calm and relaxed environment.”

With screen rooms that can hold from 63 – 345 delegates, several events and activities can run concurrently, making it useful for modular events such as training, conferences, and screenings.

The work marks the first major investment since the scheme launched in 1999 and includes the installation of a 900m2 immersive digital ceiling, part of Printworks’ trajectory towards international recognition as a pioneering round-the-clock entertainment destination. The platform for immersive audio-visual performances will be Europe’s largest, on a scale not previously seen in the UK.

Macaulay continued “the digital ceiling takes the ‘wow factor’ to the next level at Manchester Printworks. As organisers seek the ultimate curtain raising experience with technology redefining both expectations and possibilities.”

Organisers can choose from a selection of listed caterers and the venue is available for hire seven days a week, 24 hours a day.