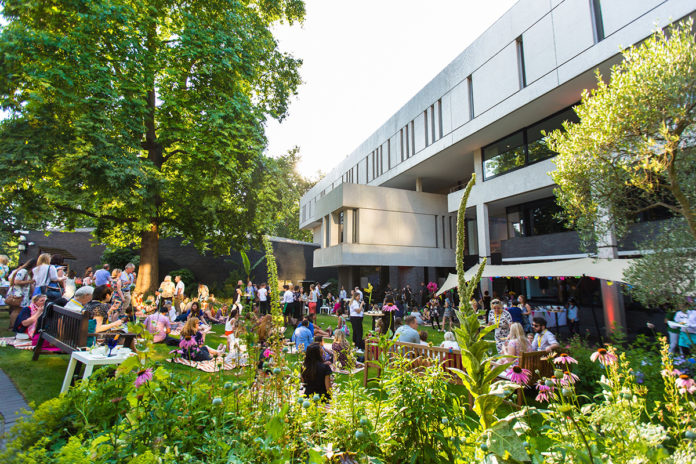 The Royal College of Physicians (RCP) is the first and only royal college to achieve The Carbon Trust Standard which is the world’s leading independent certification of an organisation’s achievements in reducing environmental impact. The 500-year-old London venue, which houses an award-winning conference and events centre, reduced its total carbon footprint by 30% in the past three years and has switched its electricity provision entirely to 100% renewable energy as well as using environmentally responsible suppliers and service partners. The venue also holds ISO 14001 standard certification for environmental best practice.

Sustainability is a key part of the RCP’s everyday operations across all areas of the business including catering, waste management and energy. The venue works on some fantastic sustainability initiatives from its recycling solutions to its sustainable food programmes.

The RCP works with First Mile Recycling to manage its waste streams and to come up with a raft of recycling projects to significantly reduce plastic waste and increase recycling. The venue uses eight wormeries to recycle kitchen and garden waste and the resulting liquid feed is then fed to its plants and the fine vermicompost is used as a top-dressing. The garden waste is also hot composted and then used as a mulch and soil improver.

Known for its good food and hospitality, the RCP works with caterer CH&CO which was recently awarded three stars by the Sustainable Restaurant Association for its commitment to sustainability. Some of the initiatives rolled out at the venue include; using local and seasonal produce to support British businesses, reducing haulage costs and the environmental impact of transport, increasing the proportion of vegetable-led dishes on menus to combat environmental damage, purchasing high welfare meat and dairy products, serving sustainably caught fish to ensure the future of fish stocks and marine environments, sourcing fairly traded produce to ensure farmers in the developing world have access to a trade system based on justice and fairness, putting sustainable food at the heart of its menus and introducing plant-based menus.

The RCP is constantly striving to minimise its impact on the environment and coming up with innovative ways of doing so. At the end of 2019 it formed a partnership with bio-bean, the world’s largest recycler of spent coffee grounds, to transform its 3,500 kg of waste coffee grounds a year into sustainable bio-products. The coffee grounds, which formerly went into the RCP’s food waste and were processed by anaerobic digestion (AD) into compost, will now be diverted and recycled into eco-friendly fire logs, saving 70 % of the CO2e emissions versus the grounds being sent to AD. Recycling waste coffee grounds into coffee logs not only saves on emissions but also harnesses the untapped energy contained in the grounds to give them a second life as a useful product. This new initiative will further add to its sustainable efforts in 2020 and years to come.