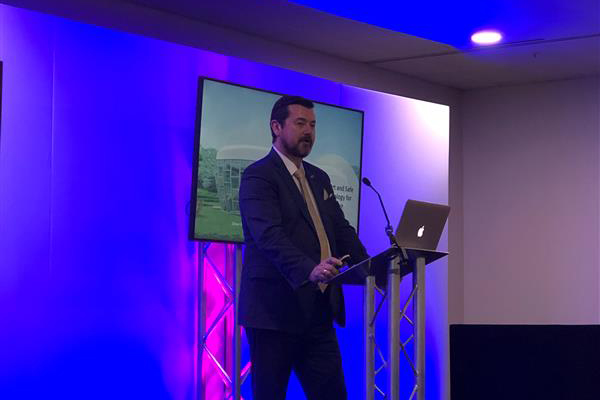 Ungerboeck, the global leader in event and venue management software, is delighted to announce the appointment of Steve Mackenzie as Chief Innovation Officer. In this newly created role, Mackenzie will advance Ungerboeck’s innovation pipeline and build on the company’s rich history of developing the world’s best and most versatile event management solutions. Mackenzie will also lead Ungerboeck’s newly launched Worldwide Innovation Lab, which focuses on designing next generation event management capabilities.

Mackenzie brings decades of industry expertise to this role; he most recently served as executive vice president at Ungerboeck following its recently announced merger with EventBooking, where he served as President. Prior to this, Mackenzie has held leadership roles in event tech companies such as Oracle (Micros-Fidelio) and Aventri (etouches). Mackenzie is a Certified Venue Executive, serves as Adjunct Professor for Event Technology Management at Florida International University, and in 2022 was awarded the Outstanding Contribution Award at Event Tech Live Awards and inducted to their Hall of Fame. Over the past 20+ years, Mackenzie has spoken in over 25 countries on topics related to the industry, with a focus on technology.

“We strive to make events easier, safer, and more profitable, and innovation plays a fundamental role in how we deliver that value on a global scale,” says Mackenzie. “I am thrilled to assume this new role and to formalize the launch of the Worldwide Innovation Lab as we write the next chapter of event management.”

Under Mackenzie’s stewardship, the Worldwide Innovation Lab will be Ungerboeck’s testbed for innovation to remain at the forefront of the event management industry by exploring, testing, and scaling future-ready products and technology for the event management market. Marquee venues around the globe trust Ungerboeck to deliver the world’s most reliable and advanced solutions; Mackenzie’s mandate will serve to strengthen, coordinate and accelerate this brand promise.

“At Ungerboeck, we believe the best way to lead an industry is not only to set the bar, but to relentlessly raise it,” says Vic Chynoweth, interim CEO at Ungerboeck. “As venues and in-person events evolve and continue to transform digitally, our investment in innovation will open a new realm of possibilities, fueling the next wave of growth. With the combination of Steve’s industry leadership position and the Ungerboeck product engine, we are in the best possible hands to push the edges of innovation and architect the future of our industry.”

Nominations are now OPEN for The EMMAs