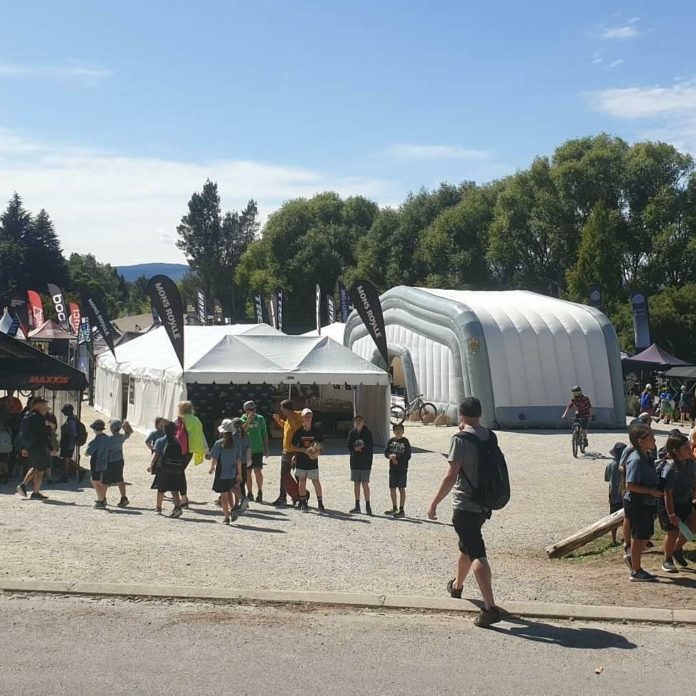 Evolution Dome, and its New Zealand-based partner, Air Space Structures, worked with energy drink giant Red Bull as part of a brand activation for one of the world’s largest mountain biking festivals earlier this month.

Crankworx Festival took place at Skyline Rotorua in New Zealand from March 1-8, bringing together the best mountain bike athletes to compete in elite-level competitions in a variety of disciplines.

Red Bull were looking for a solution for its athlete zone area at Crankworx and got in touch with Air Space Structures, who provided a 15m x 6m Airoof structure which was given Red Bull branding, for the duration of the competition.

Martin Avard, Director of Air Space Structures commented: “It was a great event for us, and to work with a brand such as Red Bull is fantastic. As a client they were very happy with the look of the structure.

“We showed our flexibility as they had originally planned to have one of the walls removed for event access but then had a last-minute change, which involved installing the wall panel after the structure had already been inflated.”

Oliver Hicks, Red Bull NZ Sports marketing manager, said: “We were looking for a solution to help with our Red Bull Athlete lounge activation at Crankworx Rotorua and Air Space Structures fitted the bill perfectly. They took the venue admin and pre-planning out of our hands and when we arrived on-site to pack in, it was all ready and set-up. We would be open to using Air Space Structures again at future events.”