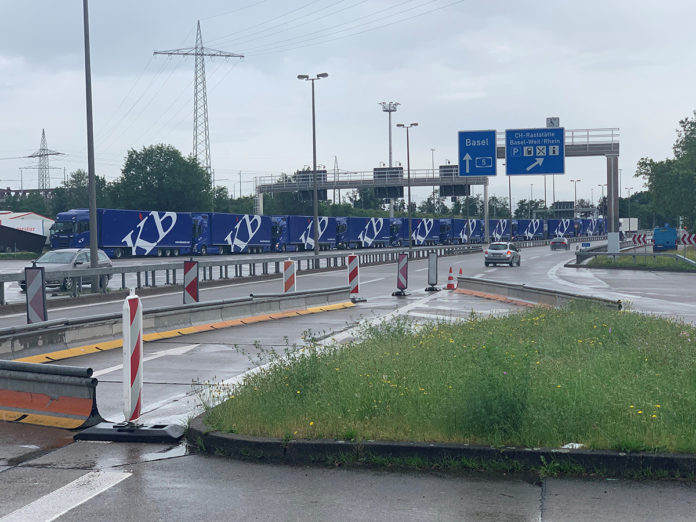 In the world we’re inching our way back to there are few superfluous elements in the rock ‘n’ roll supply chain and the trucks that ferry the hardware are indispensable.

Behind lockdown and the event industry’s coiled spring, waiting for the flag to drop, Brexit has kept cultivating its chaos post-Johnson’s ‘deal’.

While the PM fought noisily for fishing rights, which chimed neatly with his ‘taking back our borders’ mantra, keeping live music on the road – and UK companies deliver a whacking 85 per cent of the trucks for European tours – apparently had no place at the top table.

Strictly in terms of tours, there is another agreement about transporting food, medicines etc, new rules state that after a UK truck has made its first delivery to the EU it can either make one other in the same state and one to another EU country or two cross border drops. After that it has to return to the UK within seven days of the first appointment. EU trucking companies face the same restrictions coming this way.

Planning for every eventuality since the referendum result, through May’s premiership and into the Johnson/Cummings showmanship era, KB Event wasn’t able to commit to anything until the deal was done, end of December 2020, which meant a standing start to a fast race.

In the tour truck business for nearly 30 years, it took an equally considered and quantum step to keep shows on the road post-pandemic. Managing director Stuart McPherson resolved to split the company across the Brexit divide so KB could continue to service the needs of the acts, promoters, management companies, suppliers and agencies it works for.

That meant registering KB Event Trucking Limited in the Republic of Ireland (RoI) to provide for jobs in the EU – more than 80 per cent of KB’s work in the summer of 2019 – while KB Event Limited continues its UK role. And it’s been no brass plaque exercise.

The new company, located on the outskirts of Dublin, has a number of KB trucks that have been moved to the RoI and registered as Irish vehicles, a situation which brings restriction on what they can do in the UK.

Then there has to be parking for the trucks alongside a physical office with management and administrative presence. The ‘to do’ list, and attendant cost, goes on and on.

Brexit deal rules means KB management’s UK qualifications are not recognised as valid to hold an Operator’s Licence in an EU State so the new company’s top team are taking the courses, again, and are booked to sit Irish CPC qualification exams in March.

“When work comes back, we’ve got to be in a position to service our sector,” McPherson says simply.

“KB Event Limited will work in tandem with KB Event Trucking to deliver touring and event solutions to our clients nationally and internationally.”

Despite all the blind Leave campaign promises, Brexit has brought no discernible benefit and should Boris Johnson strike a restorative agreement with the EU to get UK event trucks running as freely and efficiently on European roads as they used to, KB would happily take it. Despite all the hours and money spent. “But we can’t sit back in the hope that happens,” McPherson tells Event Industry News.

He doesn’t say anything trite like ‘the shows must go on’, but the KB ‘group’ has done everything it possibly can to make sure the wheels keep turning.

Nic is a senior PR professional, former Editor In Chief, with strong exposure to the live music/events industry with the ability to conceive/deliver very successful campaigns and on-going publicity leading to excellent media coverage.