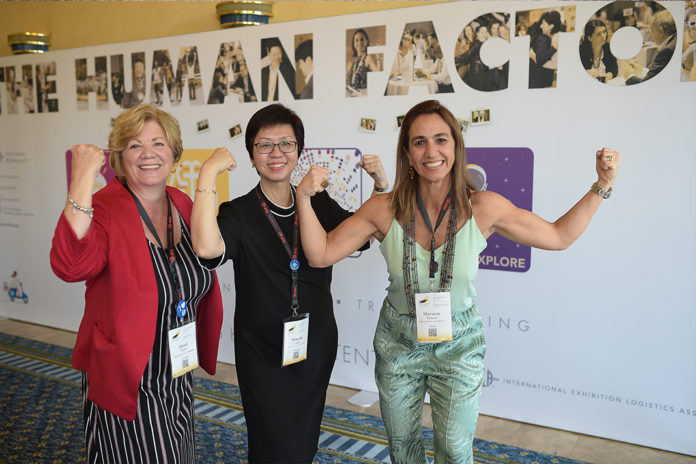 During the IELA 34th general assembly, the IELA membership re-elected three of its members and welcomed two new members, both women leaders in the exhibition logistics industry to join the IELA board of management 2019-2021.

This comes in line with the launch in 2019 of the IELA Power Up programme which aims to empower women in leadership roles. As newly-elected members, their longstanding industry experience and visions are anticipated with enthusiasm as IELA steers its activities into the future.

The members who have been re-elected for a two-year term:

The members elected for the first time, also for a two-year term:

The members of the BOM remaining for another year:

Vicki Bedi, IELA chairman 2018-2020, explained, “I am delighted to have Priscilla and Sandi join the IELA Board. Their being elected is a testimony of Women Leadership within IELA.

“Our ‘Power Up’ programme launched earlier this year is focused on building and bringing out the hidden Women Leadership within IELA. I am proud that we have three women on IELA Board of 9 members.”

Elizabeth Niehaus, executive officer of IELA, commented, “Now 33% of the board is made up of women! We are experiencing Power Up in real time. We are extremely proud of our power trio on the board.”

The 2019-2020 plan for action was discussed during the first BOM Meeting which took place in Venice on Friday, 28th June.

Since the 2012 Barcelona edition, the committee is composed of three members. Last year, Markus Eichenberger, from BTG Suisse Ltd., Switzerland, was re-elected and remains in the committee.

The first meeting of the committee took place the same day of the elections and Ravinder Sethi was designated as Chairperson.

In the IELA structure, the board of management is responsible for everything from strategy to execution with the widest powers to perform all functions for its day-to-day management while the committee has a limited role in internal control only.