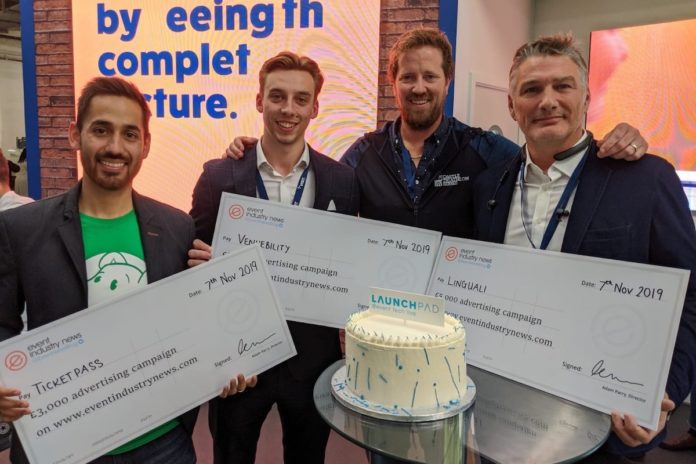 The winners of the acclaimed Launchpad Competition have been unveiled today with the champs taking home considerable prizes.

Linguali, Ticketpass and Venuebility were the delighted winners of the top, second and third prize respectively with Linguali taking home the top prize of £5,000 worth of Event Industry News advertisement.

A panel of expert judges came to the decision after considering each of the companies’ five-minute pitches that they presented on the Expo & Engage Stage.

The president of Linguali, James Anderson, founded the company in 2014 and presented a detailed pitch on its services. After his win, he said he was “over the moon” with the award: “Presenting the pitch was nerve-wracking because we’re a bit unknown over here but we’re definitely happy now!”

Co-founder of Event Tech Live, Adam Parry, said: “They were all winners on that stage today. These three did so well to get through to the second round of the competition and each have received amazing prizes. A massive well done to everyone who entered the competition this year.”

Ticketpass and Venuebility won second and third place, each receiving marketing campaigns with Event Industry News worth £3,000 and £2,000 respectively.

The Launchpad Competition round the sixth edition of Event Tech Live to a final close today with the show receiving high praise from visitors and exhibitors.