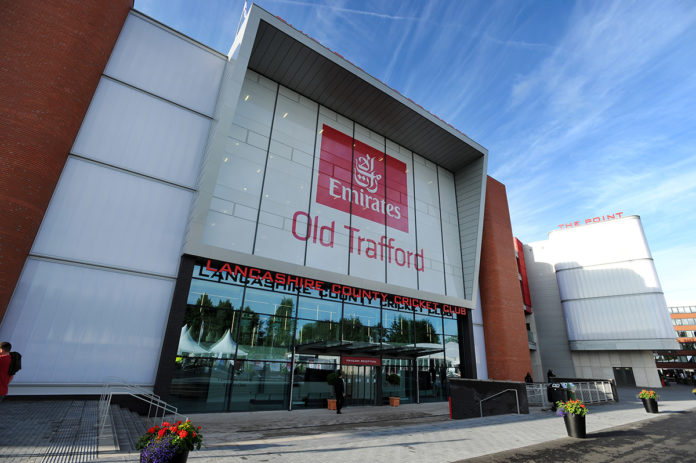 Emirates Old Trafford is delighted to announce that it has been selected by the England and Wales Cricket Board (ECB), alongside the Ageas Bowl, as the two venues that will host England Men’s international matches behind closed doors later this summer against Ireland and Pakistan, following the two Test series with West Indies in July.

The Pakistan team, who arrived into the UK on Sunday 28 June have started their preparation ahead of a packed schedule, which consists of three Test matches and three Vitality IT20s. They are undergoing a 14-day isolation period at Blackfinch New Road, Worcester before transferring to Derbyshire’s The Incora County Ground on Monday 13 July for pre-Test preparations.

Emirates Old Trafford will host the first Test of the series starting on Wednesday 5 August. The final two Tests will be played at the Ageas Bowl from Thursday 13 August and Friday 21 August.

The three Vitality IT20s will take place at Emirates Old Trafford on Friday 28 August, Sunday 30 August and the final match of the tour on Tuesday 1 September. The Ireland ODI series will be staged at the Ageas Bowl between July and August.

The selection of the venue follows Emirates Old Trafford being named to host two out of three fixtures of the West Indies three-Test series and is supported by the on-site four-star Hilton Garden Inn, which has 150-bedrooms. The site has already had a number of safety protocols introduced, in conjunction with the ECB, whilst the West Indies squad quarantined at the venue, including; PPE for all players and staff on-site; social distancing measures and signage; updated food service procedures; rigorous deep cleaning procedures; regular Covid-19 testing and health questionnaires.

Daniel Gidney, Chief Executive at Lancashire Cricket, said: “We’re delighted to have been named as a host venue for another four internationals between England and Pakistan all of which will take place at Emirates Old Trafford in August and September.

“We are one of the first venues in the UK to be hosting international sport and it is something that we are all very proud to be a part of.  We have been working closely with the ECB to ensure that as a venue we are doing everything we can to facilitate the teams, staff, broadcasters and media in the safest possible environment and in doing so meeting the ever-changing international and Government guidelines.

“The facilities we have at Emirates Old Trafford are some of the best in the country, if not the world, following on from a decade-long £60 million redevelopment of the ground, including the four-star 150-bed Hilton Garden Inn which Lancashire Cricket owns and operates. As part of the hotel, which is where both teams will stay, we have implemented specific measures including Hilton’s ‘Clean Stay’ initiative across the venue.

“We are now able to lead the way in terms of hosting events, adapt to the new procedures in place and create a blueprint for when we are able to welcome back events in the near future.

“These fixtures are testament to the team at Emirates Old Trafford, who have been working tirelessly to ensure that the venue is as secure as possible for all those on-site. We’ve had some incredibly positive feedback so far from both the West Indies Cricket Board and the ECB for the work carried out over the past two months and I’m extremely confident that we will continue to deliver these additional internationals to the highest standard possible when Pakistan visit.”