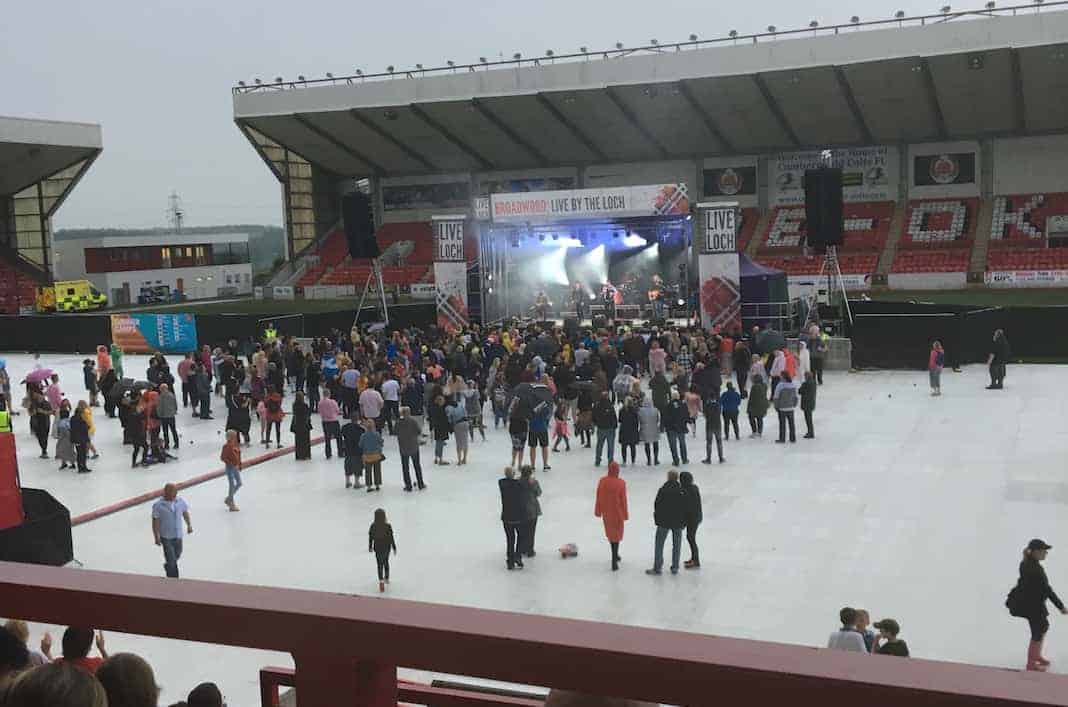 The popular Celtic rock group Mànran tweeted to their seven-thousand-plus followers: “Our first ever stadium show. It might not be Wembley but Broadwood Stadium is a mighty fine start.”

It turns out that this was not only Mànran’s first stadium show, it was the stadium’s first show, as well. For one night only, the Cumbernauld venue, home to Clyde FC for the last 28 years, was turned into an outdoor music gig. Broadwood: Live by the Loch, it was called.

There were three acts: Dougie MacLean was the opener, followed by Mànran and then, shortly after nine o’clock, after an hour or so of steady rain, the headliners, the Red Hot Chilli Pipers did their set and the 2,000 fans went home very happy. Those who had patiently stood in front of the stage, rather than sitting in the covered stands, had got the worst of the rain, but didn’t seem to mind too much, especially given they were standing and dancing on EFS’s temp-a-path rather than puddles! And within moments the organisers, North Lanarkshire Leisure, were tweeting that the event would return next year, “even bigger and better.” 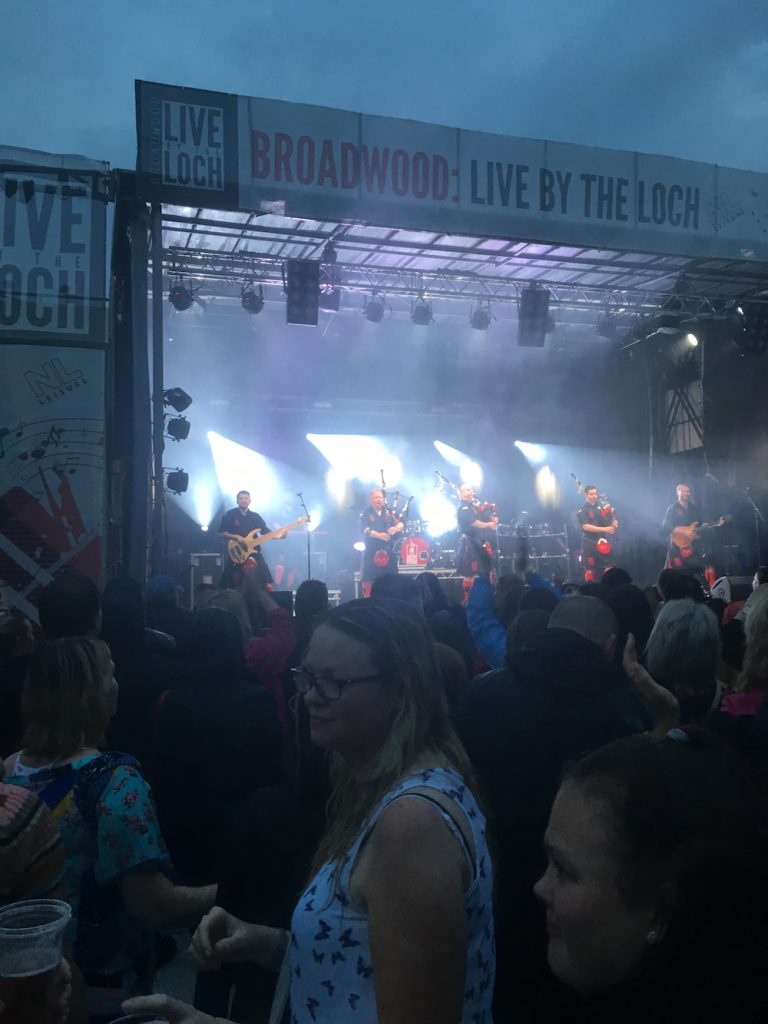 Event Flooring Solutions (EFS) were delighted to supply the temporary flooring for the event. NL Leisure purchased 7500sqm of EFS’s translucent temp-a-path in July 2017 and are working in partnership with EFS to offer the flooring to event organisers, local authorities or anyone else that needs it installed by EFS’s local crew.

The flooring is available for re-hire for many events that are held not only in the central area, but also throughout Scotland. NL Leisure and EFS are working in partnership to offer the flooring to event organisers, local authorities or anyone else who needs it installed by EFS’s dedicated team!

Could this be the start of something for Cumbernauld? The aim is that Broadwood will now go on to host further high-profile concerts. As an academic, Dr Stephen Bowman, wrote approvingly on Twitter: “It’s easy to do down #Cumbernauld but full credit to everyone associated with #LivebytheLoch … Exactly the sort of the kind of thing the town needs and deserves.”

The stadium was effectively divided in two for the show, one half remaining cordoned off while the other half was given over to the staging, lighting, PA system, 4000sqm of translucent temp-a-path flooring, the standing fans and the food stalls.

“This all goes back to a Facebook message I got at the back end of January from Gerry McMahon at NL Leisure,” said Gary Innes, accordionist with Mànran, in a dressing-room strewn with clothes and musical instruments. “He said, look, we’ve got the Gaelic school out here, and we want to put on a music event but we don’t know who to speak to or what to do, could you come out here for a meeting?” 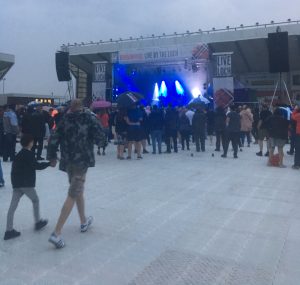 So Innes met them, and they told him that what they wanted to do was to stage a music festival. He drew on his contacts in the industry, assembled a bill, went back to NL Leisure and got it approved. “They’ve got a great team and they have worked their socks off to get the stadium,” he said. “But when you think about it, the show was signed off only in March, and the turnaround since then has been quite remarkable. A lot of hard work has gone into this.”

Graeme Morrison, operations and business development manager at NL Leisure, and one of the event organisers, said the concert had been delivered over a relatively short timescale, compared to the time it would normally take to organise and promoting an event of this size. “While the day itself was very long, it was incredibly rewarding and exhilarating to see so many people enjoying the show. We’re already talking about next year. We feel we’re in a privileged position to be able to put something like this on for the community and having EFS’s flooring in stock makes the job so much easier! Because everybody praised it so much, despite the bad weather, we owe the audience and the community to put this on again next year. We’re open to working in partnership with big promoters, but what we’ve absolutely demonstrated we’re capable of putting on our own events.”

“This is a legacy event for us,” he added. “I want people to be talking about Broadwood: Live by the Loch in twenty years’ time.”