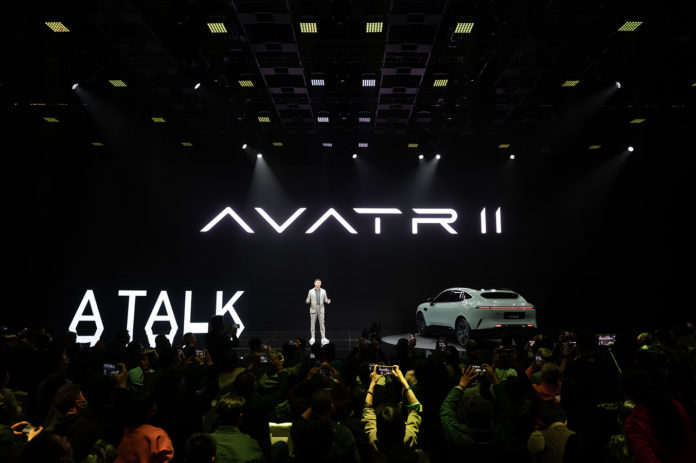 Chinese automotive OEM Changan recently launched its new subsidiary AVATR Technology in China. AVATR is a premium brand for smart electric vehicles, with the AVATR 11 as the first model available. The brand and product launch was produced by the experts for events and live marketing from VOK DAMS worldwide.

Avatar Technology relied on the event and digital expertise of VOK DAMS for the world premiere of its debut and its first EV model, the AVATR 11. For the launch of the brand, partners and press were invited to an exclusive event in Shanghai. An overall social media campaign in China invited the public to gain first impressions around the new brand and the AVATR 11.

AVATR stands for emotions and intelligence. VOK DAMS picked-up on these aspects for the launch event with a strong media staging that kept the excitement up until the actual reveal. Guests were able to interact with code transformed animation when arriving, and a delightful living room space allowed guests to relax before the actual reveal of the brand and the new AVATR 11 by its CEO, Mr. Tan Benhong. His AVATR Talk, was accompanied by an emotionally charged choreography.

AVATR’s upcoming special collaboration with famed fashion designer Matthew Williams. Williams is the founder of 1017 ALYX 9SM, and worked with the likes of Lady Gaga, Kayne West and Givenchy. The result was an attention grabbing social campaign with an above-average media reach.