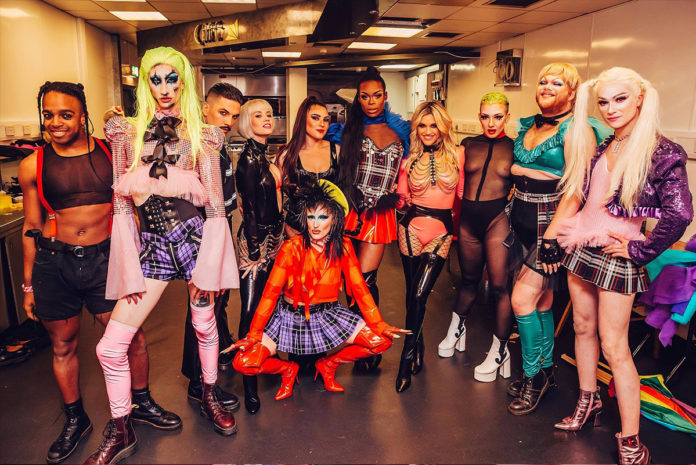 In 2019, Troxy cemented its reputation as one of London’s flagship venues for LGBTQ+ led events, at a time when the number of safe spaces for queer nights in the capital seemed to be dwindling.

The historic East London concert and events venue has a superb track record with clients such as the London Gay Men’s Chorus, Gay Men’s Dance Company, Ru Paul’s Drag Race and Sink the Pink who ended the year with their spectacular New Year’s Eve party.

Arguably, a lot of the success Troxy has achieved has been through word of mouth.  LGBTQ+ customers have regularly fed back how impressed they are with the welcoming security and bar staff, as well as promoters and organisers, who feel secure in the knowledge that the management team are on the same wavelength as them and understand the nuances of the LGBTQ+ community.

Troxy has worked hard to create a respectful and welcoming environment for everyone, ensuring that no one is subject to discrimination or harassment of any kind. All staff at the venue are highly trained to create a fully inclusive customer experience, from sensitive security searches to the use of gender-neutral pronouns, and the option of gender-neutral bathrooms.

In taking important steps to becoming a totally inclusive venue, Troxy has worked alongside the Met Police on their anti-hate crime campaign #WeStandTogether which provide visitors with easy ways to report hate crime, as well as implementing training for the management team from the Drinkaware support services.

Troxy is a unique building with character and versatility, that stands out amongst many of the venue offerings in London. This solid sense of self seems to resonate with the LGBTQ+ community because it is a space where anyone can enter and be who they are, as they are, and without judgement. Or as Glyn Fussell, co-founder of Sink the Pink, described it “It’s in a no man’s land and then you walk in and it’s like you’re inside a wedding cake.”

Troxy’s event manager, Tamara Brown, offered advice to other venues: “Invest in staff training, reach out to the LGBTQ+ community groups for information, actively create a working culture and environment which promotes inclusivity as the norm and be seen to make the changes necessary to become more inclusive.”

Comparing Troxy to other venues across the UK, Tamara continued: “With so many successful LGBTQ+ events under our belts, we have the freedom to focus on delivering fantastic events that are, as standard, sensitive to the needs and subtleties of the community. I’ve no doubt that there are many venues hosting LGBTQ+ events with a likeminded approach but at Troxy this is just part of our ‘normal’ and we deliver these events with the same zeal, respect and care as we would our live music or indoor sport events.”

Coming up in 2020, Troxy will be hosting further Sink the Pink events and on Friday 7th February the Klub Kids return with an all new comedy show, Katya and the comedy queens.