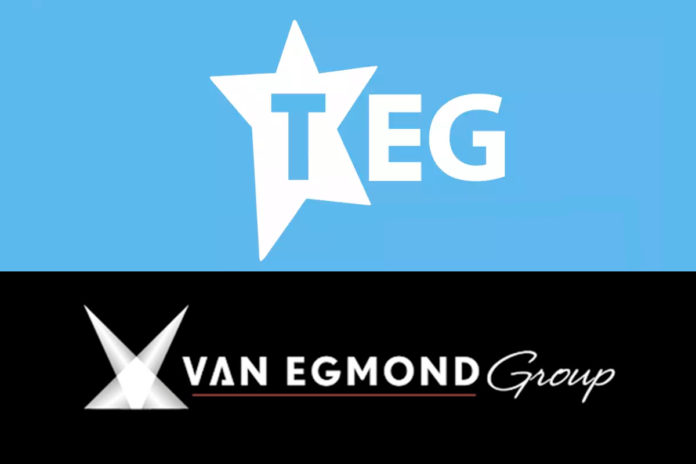 TEG is pleased to announce that the Van Egmond Group, which has presented and produced some of the world’s largest entertainment events, has joined the fast growing TEG family.

The business has been renamed TEG Van Egmond and forms part of TEG’s integrated entertainment offering.

“Garry has sold well in excess of 30 million tickets across contemporary concerts and theatre productions in the Australasian marketplace and we are delighted to have him and Christo on board as part of the TEG family.”

Garry Van Egmond added: “We have seen TEG’s phenomenal growth over the last few years under Geoff’s leadership and we are very excited about joining TEG and look forward to delivering some big tours and events under TEG Van Egmond. TEG Van Egmond will be active in both the North America and UK/Europe for top tier touring opportunities for Australia and South East Asia.”

Cindy Wilson, previously Managing Director of BASE Entertainment Asia and a 20-year veteran of the music and live entertainment industries, will be representing TEG Van Egmond in North America, based in Los Angeles.