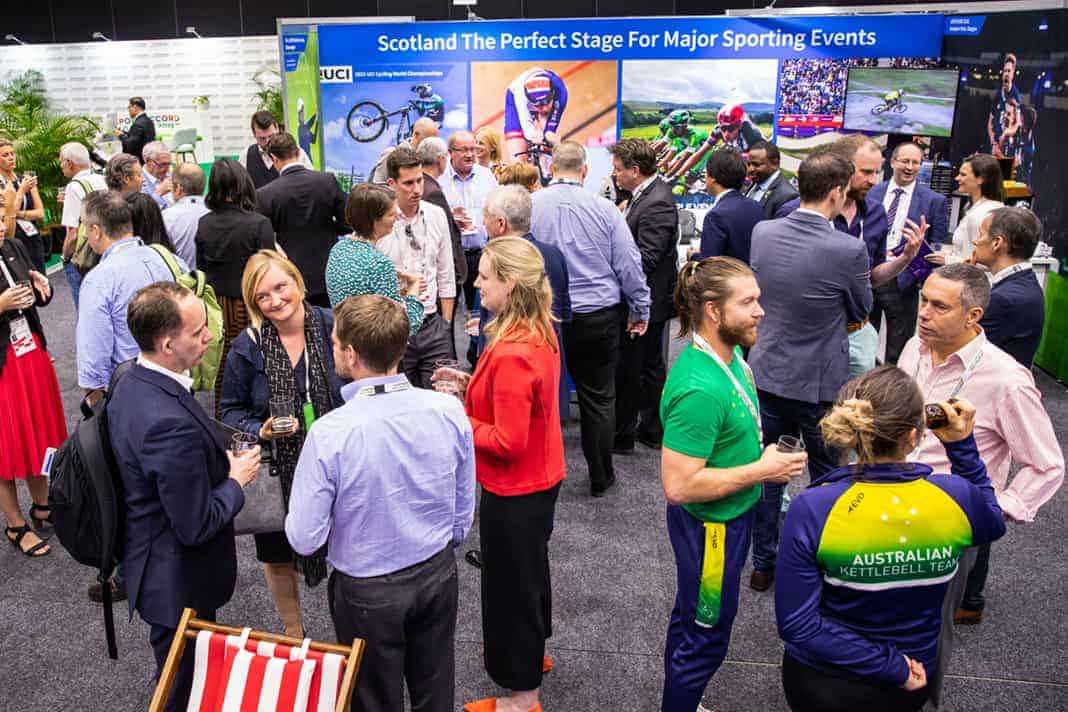 It has been another outstanding 12 months for EventScotland and the Scottish events and festivals sector since last year’s SportAccord Conference.

Our continued record in successfully attracting and delivering some of the world’s biggest events alongside our enviable portfolio of annual events and festivals reaffirms Scotland’s reputation as a world-leading events destination.

Among the highlights in 2018 was the successful delivery of the inaugural European Championships, which saw Glasgow and Scotland provide 11 days of sporting and cultural action with co-hosts Berlin.

The event was hugely popular with viewers throughout the continent. 567 million hours of action was viewed across 10 key national markets over 10 days of broadcasting, while in Glasgow more than 500,000 people attended a sports session, a Festival 2018 offering or visited the hugely popular live sites at George Square and Glasgow Green

The successful delivery of the event, which surpassed all expectations, showed what can be achieved when you are brave, ambitious and innovative.

Summer 2018 was also undoubtedly the biggest and best year for golf events in Scotland. There were no fewer than nine top-class golf events taking place across Scotland, featuring not only the biggest names from the men’s and women’s game but also the rising stars of the future and the legends of yesteryear.

Alongside the annual Scottish Open and Ladies Scottish Open, the history making European Golf Team Championships as part of Glasgow 2018, and Senior Open Championship, The 147th Open at Carnoustie was undoubtedly the highlight of Scotland’s golfing summer. The Open attracted a record 172,000 fans, delivering an economic impact of £69 million according to the study by Sheffield Hallam University’s Sport Industry Research Centre.

Scotland also benefited from £51 million in destination marketing activity thanks to The Open being broadcast on television to more than 600 million households in 193 countries worldwide.

The success of our golf portfolio confirms Scotland’s reputation as, the Home of Golf and as we look ahead to The 2019 Solheim Cup, the biggest event in women’s golf, at Gleneagles this September, it continues to be the envy of countries around the world.

The last 12 months have also seen Scotland secure the rights to four international events over the next four years, most notably the inaugural UCI Cycling World Championships in 2023. It, together with the IFSC European Championships 2019 for Lead and Speed, the Sprint World Orienteering Championships 2022, and the 2023 Island Games, join a strong pipeline of events in the coming years, including the UEFA EURO 2020, in which Glasgow will be one of 12 cities who will host the tournament to commemorate the 60th anniversary of the Championship. All these events will continue to provide the opportunities to showcase Scotland’s expertise in delivering major international events.

Paul Bush OBE, Director of Events, said: “It has been another outstanding 12 months for EventScotland and the Scottish events and festivals sector. Together we have continued to build on our reputation as a world-leader in event delivery by pushing the boundaries and not being afraid to take on new challenges.

“The successful delivery of the 2018 European Championships along with securing a competition of such global magnitude as the 2023 UCI Cycling World Championships reinforces Scotland’s position as the perfect stage for events and one of the world’s leading sports destinations.

“All this success wouldn’t be possible without SportAccord. The Conference plays a hugely important role in helping us build and maintain positive relationships with rights-holders and International Federations. It has allowed us to meet and network with key decision-makers to both understand their ambitions for their events while showcasing our experience and expertise, and is often the starting place for our bids.”