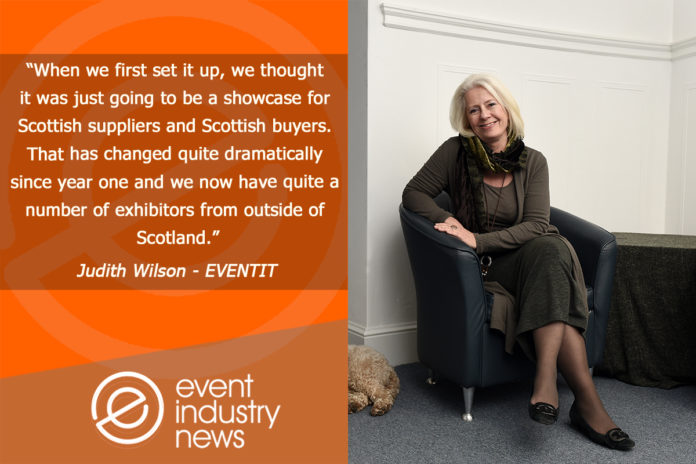 Speaking from the headquarters of the esteemed AV and technical supplier in the event industry, Universal Live, James had the pleasure to talk to the events director of EVENTIT, Judith Wilson.

Kicking off a week today (19th March), EVENTIT is an annual gathering of meetings and event professionals that takes place in Edinburgh. It is co-located with the bi-annual Business Events Leaders’ Summit (BELS) and comprises education, networking and lead-generation.

Celebrating its fifth edition, EVENTIT is returning to the Edinburgh International Conference Centre where it was hosted in its first year having been hosted in Glasgow for the past three years.

The Scottish event industry is worth £3.5bn. This includes events that are hosted outside of Scotland but created by Scottish companies. EVENTIT was created to help bolster that industry, not just in Scotland but across the UK.

Commenting on the location of the show and the notion that it is purely for Scottish companies, Judith said: “When we first set it up, that’s what we thought was going to happen, that it was just going to be a showcase for Scottish suppliers and Scottish buyers. That has changed quite dramatically since year one and we now have quite a number of exhibitors from outside of Scotland.”

If you think you have a relevant topic and would like to feature on a podcast episode, please email molly@eventindustrynews.com.