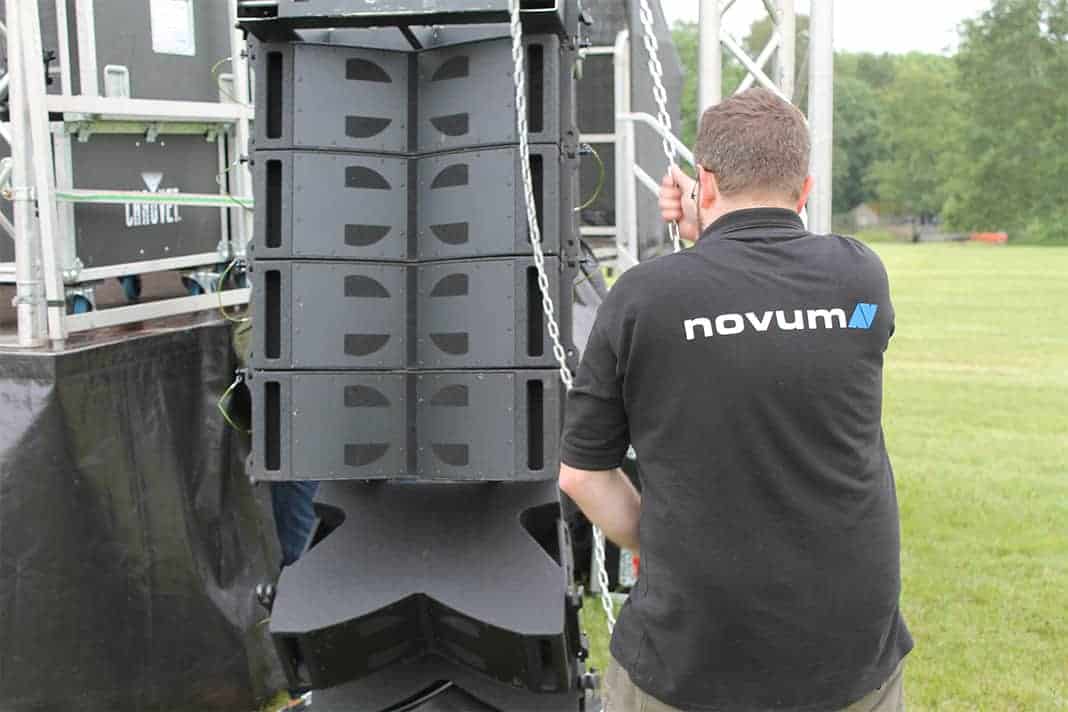 One of the UK’s leading AV and production firms went above and beyond at the recent Ragley Hall festival, gaining great admiration from organisers.

Describing the AV firm’s commitment to the festival as going “beyond our expectations”, festival organiser, Antonio Socci, explained that the Novum team offered support that went beyond the remit of a traditional AV company.

The festival was Antonio’s first major event and so he was eager to “build relationships” with his contractors: “We’ve had some great advice along the way,” he commented.

Matt Hawkeswood, Novum’s head of audio, commented: “We were there as a full production company and also did a little bit of site power management, looking after client management for them as well.

“We worked very closely with Antonio. He primarily brought us on board because of our experience and the trust he had with us.”

Antonio welcomed the vast experience of the Novum team, utilising it to make decisions regarding other aspects of the festival such as opening hours and food stalls.

“It was Antonio’s first big event like this so we were happy to help out as much as we could,” Matt commented.

Having completed its work at the one-day festival, Novum shows no signs of taking a break, with a series of major sporting events and festivals in the pipeline. Classic car shows and the day-to-day corporate events are also on the agenda as they lead up to our own Event Tech Live and Event Tech Awards in November.