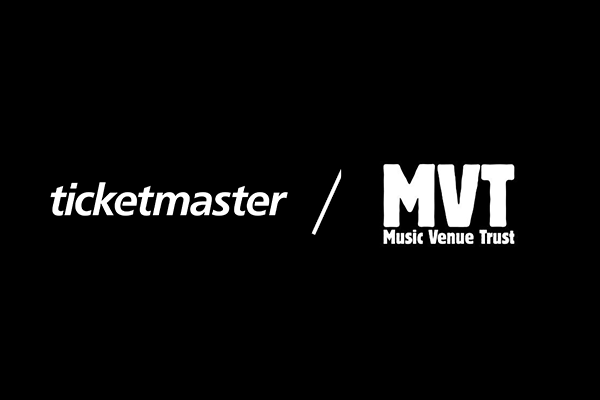 Music Venue Trust (MVT), which represents hundreds of grassroots music venues and Ticketmaster, who partner with independent promoters, venues, labels and artist management teams to work with the best emerging talent, have agreed a number of changes to their existing agreement that will result in more revenues being directed back into the grassroots music venue sector.

Originally launched in 2016 this partnership between Music Venue Trust and Ticketmaster established a bespoke ticketing agreement for grassroots music venues called ‘The Grassroots Venue Tickets’ platform, which allowed increased revenues to be delivered back to the grassroots circuit from ticketing, where they could make a real difference.

During the last 5 years this has resulted in significant revenues being re-invested by grassroots music venues into their facilities and event programming.

As part of a thorough review of the existing agreement Music Venue Trust and Ticketmaster have announced a number of upgrades to the platform, which have resulted in a simplified and more efficient customer experience and have agreed new terms, which will see an increase in revenues going to venues.

As part of this new commercial deal a key new initiative will see venues now receiving a 50% rebate on all booking fees.

Mark Davyd, CEO of Music Venue Trust said, “As we emerge from this crisis, we are delighted to have worked with the Ticketmaster team to further improve the Grassroots Venues Ticket offer. This new deal puts even more money back into venues where it belongs. We will continue to work with Ticketmaster to develop this partnership so that it supports our whole network.”

Andrew Parsons, MD of Ticketmaster UK said, “Now is a more critical time than ever for the industry to support grassroots venues. Through our long-standing partnership with Music Venue Trust, more than £150K has already been contributed to our “maintain and sustain” fund. To build on this we are evolving our ticketing partnership to donate even more from our fee to these treasured venues, and we’re proud to play our part.”