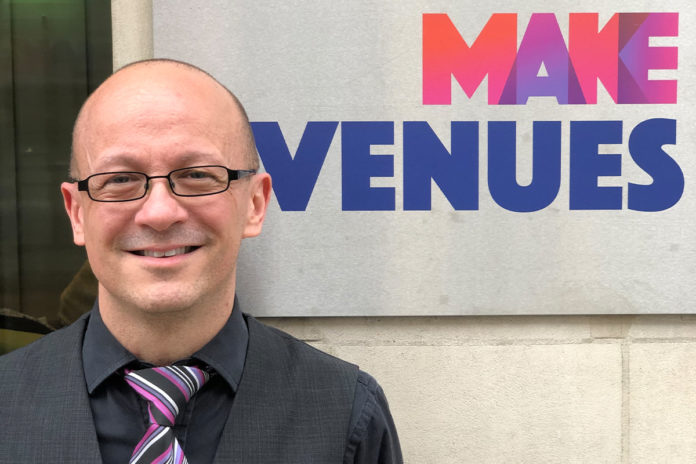 Make Venues has promoted Simon Widgery to the role of venue manager for Broadway House in Westminster, London.

He replaces Amanda Sutton who retired at the end of January following 38 years at the venue.

Simon is also a long-standing member of the venue team, having worked at Broadway House for the past 20 years. He started as a receptionist before moving into conferencing and events.

Make Venues, managing director, David Vaughton said: “In terms of continuity, I am delighted to confirm that Simon Widgery will be taking over from Amanda as venue manager for Broadway House. He has been taught well and I wish him every success.”

Some 35% of all staff who work across Make Venues’ three properties in London, Bristol and Leamington Spa have been promoted from within, exemplifying the group’s focus on talent retention and progression.

Simon commented: “I’m very excited about the future and it’s great to be taking over a venue business in such excellent shape. We’ve a fantastic team and product so there’s a lot to be excited about.”