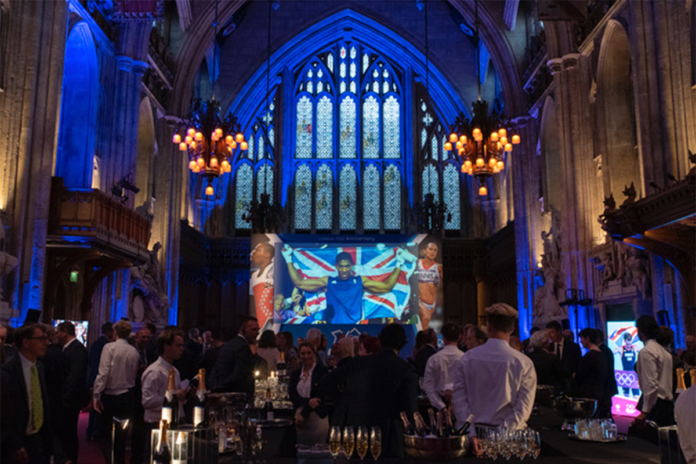 The celebration, which took place at London’s Guildhall on Wednesday July 27th, celebrated the success of the Olympic Games which saw London host over 10,000 athletes from over 200 countries to take part in the world’s greatest sporting event. Putting the UK on the world stage, and winning a total of 65 medals – including 29 Gold – Team GB captured the heart and the imagination of the nation in one of its most successful ever Olympic campaigns.

Make Events were appointed by the British Olympic Association to support the event with VVIP guest management, event theming, design and content, AV and Production.

Marking the 10th Anniversary of the opening ceremony, the City of London Corporation and the British Olympic Association celebrated the milestone by bringing together the key partners and stakeholders involved in delivering this remarkable success.

Make Events, based in Wilmslow, Cheshire, was founded in 2012 by Moore with no investment and now employs 20 full time members of staff at the company’s HQ, House of Make and boasts a national portfolio of clients with more than 50% of its business being London based. Clients include Puma, Twitter, Autotrader, Booking.com, ITV, BetFred and Kellogg’s.