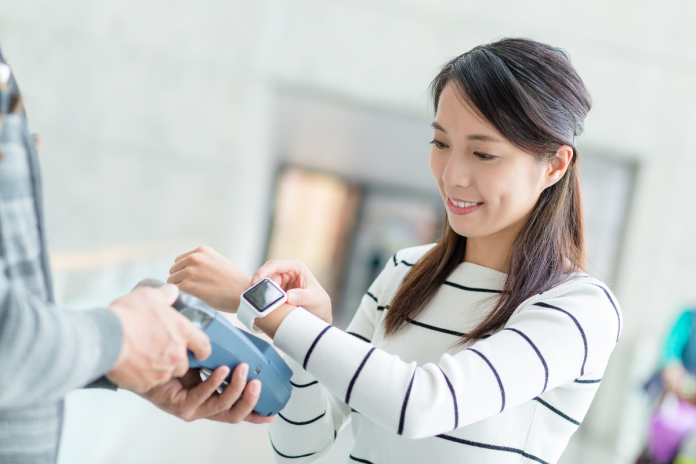 Revolutionary technologies are pushing boundaries and taking us to places we couldn’t have imagined. Even though Near-Field Communication (NFC) has been with us for a while, this unique technology was given the needed boost in recent years, thanks to our daily usage of the internet and smartphone devices.

With NFC, you can easily transfer data between two devices, which accelerated the trend for mobile payments. Of course, like many technologies, NFC simplifies various tasks, including event planning. So, how to manage your event easier with NFC? Keep on reading to find out!

A brief summary of NFC

You can say that NFC is the ultimate connectivity technology that makes your smartphone, payment cards, tablet, watch, and similar devices even smarter. It started off in the payment-card industry, later evolving into applications and numerous global industries.

NFC was developed via radio-frequency identification, which has been used for decades by retailers to track products within stores. It gained more recognition in 2004, when Philips, Sony, and Nokia joined forces to form the NFC Forum, a nonprofit organization that raises awareness regarding the convenience of NFC.

Now that we’ve established the most important details regarding NFC, we can jump back to the event space. Here, one of the challenges remains the ability to take payments smoothly. Many prefer cashless payments, making it an important matter for any exhibition-style event.

Unfortunately, practice shows that cash is no longer king due to the possibility of theft and loss. It’s easier to accidentally lose cash rather than keep the funds online. Also, let’s not forget the global pandemic and the hygiene standards which led many people to choose digital money transfers.

With the help of NFC technology, you can forget the struggle. For instance, using an NFC-powered wristband as a digital payment system is easier and more convenient for the event attendees. It’s also possible to use the same wristband to collect items, such as free drinks.

Another well-known example is Apple Pay. The company claims that the contactless payment technology is accepted at over 85% of retailers in the USA and that it is safer than swipe-based contact transactions.

Apple Pay is used via a mobile device, which means that it can double as a registration method. By placing the smartphone against an NFC reader, you can instantly gain access to the event and forget paper forms along with traditional registration desks.

Such room access control is very important for event organizers. For example, it can be quite challenging to monitor the access which is granted to various areas, especially during festivals. NFC wristbands can help solve this problem by ensuring that only the right people access the correct areas, whether it’s the VIP zone, the backstage, or the office spaces for festival organizers.

Public transportation can be a hassle, especially if you’re traveling across the country and visiting different areas. Cities have various rules, and some do not offer mobile payment options for public transit. Swiping a card or having an automated receipt in your inbox upon arrival at a destination can be quite attractive compared to having to pay for a plastic fare card or pay extra for a small amount of paper, which is also wasteful.

This is where NFC comes in handy. By using your phone as a contactless transport card, NFC allows you to use contactless readers that Public Transport Operators (PTO) have deployed globally. This is practical for many industries, including the event scene, as many attendees want to have the smoothest experience, including transportation.

Also, if you’re hosting an event, you can always consider the opportunity to partner with another company that offers transportation so that your attendees could get a discount. For example, a partnership or cross-promotion with a city with fair pricing for transport services can be integrated into your event’s application. This way, you bring more money to the local economy by hosting an event.

When it comes to business, networking is essential. Conferences, trade fairs, and similar corporate events experiences can be drastically improved with NFC technology. For instance, you can replace traditional business cards with a digital alternative that eliminates the risk of misplaced or lost cards.

Such electronic cards can upgrade the on-site attendee experience because they are easy to use. You can simply exchange your info via NFC name tags containing contact details. Also, did you know that any enterprise can buy NFC tags in bulk? They come packaged like stickers so that it’s easy to program them for your own purpose. The smart tags are tiny and cheap enough to integrate into various products, such as posters used to promote your event.

We have already established that NFC wristbands at events are life savers when it comes to saving queue time at events. Despite that, let’s not forget that this technology is much more than that. Today, all of our smartphones are equipped with NFC capabilities. Such technological innovations, like many digital inventions, come with certain security challenges.

The main area in which NFC can be utilized for security purposes is through identity verification. NFC verification can now scan and capture data contained within the chip-enabled government-issued ID documents in seconds. Traditional forms of identification can be forged easily; therefore, digital identity solutions are becoming the new, secure trend.

NFC has proved its effectiveness throughout the years. Collecting data and keeping it safe can be a challenging task. The unique technology makes it easier, taking the whole event experience into the next chapter. Some standard, traditional tasks, such as buying or scanning tickets, counting seats, verifying identities, and finding new connections during events, can become smoother with Near-Field Communication.