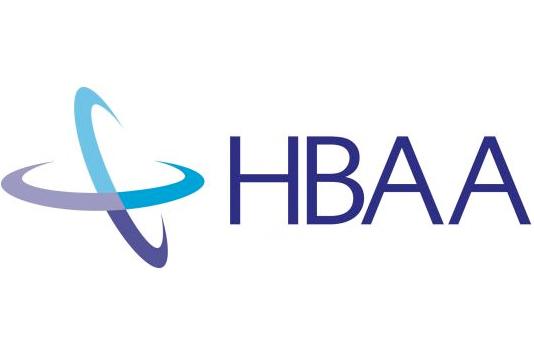 Brexit is creating business opportunities and issues as well as recruitment problems according to HBAA members.

The HBAA has spoken to a cross-section of agency and venue members and gathered opinions on how Brexit is impacting the events and hospitality industry.

Over the past 12 months, the effects of Brexit on the hospitality and events industry have been mixed.

For example, it has been largely positive for etc.venues as the topic, rather like GDPR, has boosted the need to meet. Tiernan Redmond, sales manager at etc.venues said: “In the last 12 months, around 150 meetings were held in our venues to discuss and plan for the consequences and opportunities of Brexit. Reviewing the titles of events on our schedule in the coming months, we have many more bookings that are likely to address it.”

The HBAA annual Brexit survey in June 2019 revealed that 78 per cent of the sector believed Brexit had slightly affected business, up from 36 per cent in the previous year.

This is in line with what Julie Shorrock, managing director of HTS, has seen. She commented: “During early 2019, we saw a decline in our clients’ requirements, with many indicating their businesses were experiencing delays in commitments of new projects or contracts.

“Yet from mid-August 2019, HTS saw a significant uplift in clients’ business, with many saying it was ‘time to just get on with business,’ and this growth has continued into 2020.”

The snap general election in December caused some negative reverberations across the industry. Andrew Deakin, director, Conference Care, revealed: “Demand for events dropped by around 20 per cent. Reducing costs is high on the agenda for corporate planners and there is a tendency for utilising internal meeting space before going externally, as well as a trend towards smaller events that can be easily signed off without board-level approval. With Brexit looming, the trading conditions are challenging. We want an end to the uncertainty.”

Brexit has presented added challenges for venues, too. Steve Jones, managing director of Wyboston Lakes Resort, explained: “The combination of Brexit and rising costs is a challenging prospect for our industry. The devaluation of the pound, trade tariffs and delays with supplies due to border disruption could all occur after 31st January, so we have to be as ready as possible and quick to respond depending on what happens.”

On prospects for 2020 and beyond, the industry is cautiously optimistic. Nick Scott, managing director of arrangeMY, said: “Brexit has been a huge concern over the last three years mainly due to the uncertainty and fear mongering in the national press. As Brexit now appears to be coming to a conclusion, there is a noticeable feel-good factor and positivity.

“Looking ahead, the general consensus is we will experience some short-term pain for long-term gain. At the risk of sounding too optimistic the reduction in red tape, rules and bad policy dictated from Brussels/Strasbourg may be a really good thing for our industry and provide new opportunities.”

Tiernan Redmond, sales manager at etc.venues, has a positive outlook, too. He added: “The full impact is still unclear but, looking at future business prospects, we believe international markets will continue to offer good opportunities for UK businesses.”

Recruitment is an ongoing challenge for the industry, which has been exacerbated by Brexit.

According to the 2019 HBAA annual Brexit survey, 18.7 per cent of the industry had seen a major impact on recruitment as a result of Brexit, and 19.3 per cent had changed their recruitment policies.

Recruitment and retention are particular problems for hotels and venues. Steve Jones, managing director of Wyboston Lakes Resort, said: “We’ve already seen team members from mainland Europe drop from almost 25 per cent of our workforce to less than 15 per cent. It’s difficult to replace them as the quantity of applicants has reduced. However, we have now got schemes in place, such as People 1st, which we believe will help us with recruitment and retaining staff.”

For events and travel agencies, recruitment has been static. Andrew Deakin stated: “Employees are nervous and reluctant to move elsewhere because the economic market conditions are quite volatile. Recruitment is an ongoing challenge in our industry. There is a skills shortage and, as an industry, we do not do enough to attract top quality graduates.”

One aspect of the industry that will not change immediately is the Tour Operators Margin Scheme (TOMS).

HBAA Chair Lex Butler said: “We’ve been advised that during the 11-month transition period until 31st January 2020, EU VAT rules will continue to apply. Therefore, the current TOMS will continue during this period. We don’t know what will happen at the end of the transition. One distinct possibility, as far as TOMS is concerned, is the adoption from the start of 2021 of the new TOMS Order prepared for a no-deal Brexit. This would introduce a new UK version of the scheme mirroring the current UK implementation of the EU scheme but with one large difference, namely that the margin on travel in the EU27 would be zero rated.

Lex Butler concluded “After more than three years of uncertainty, we now hope that the greater clarity will help everyone to move forward more positively. While recruitment will remain an issue, the recent announcement that the £30,000 salary threshold for migrants might be reduced is encouraging.”