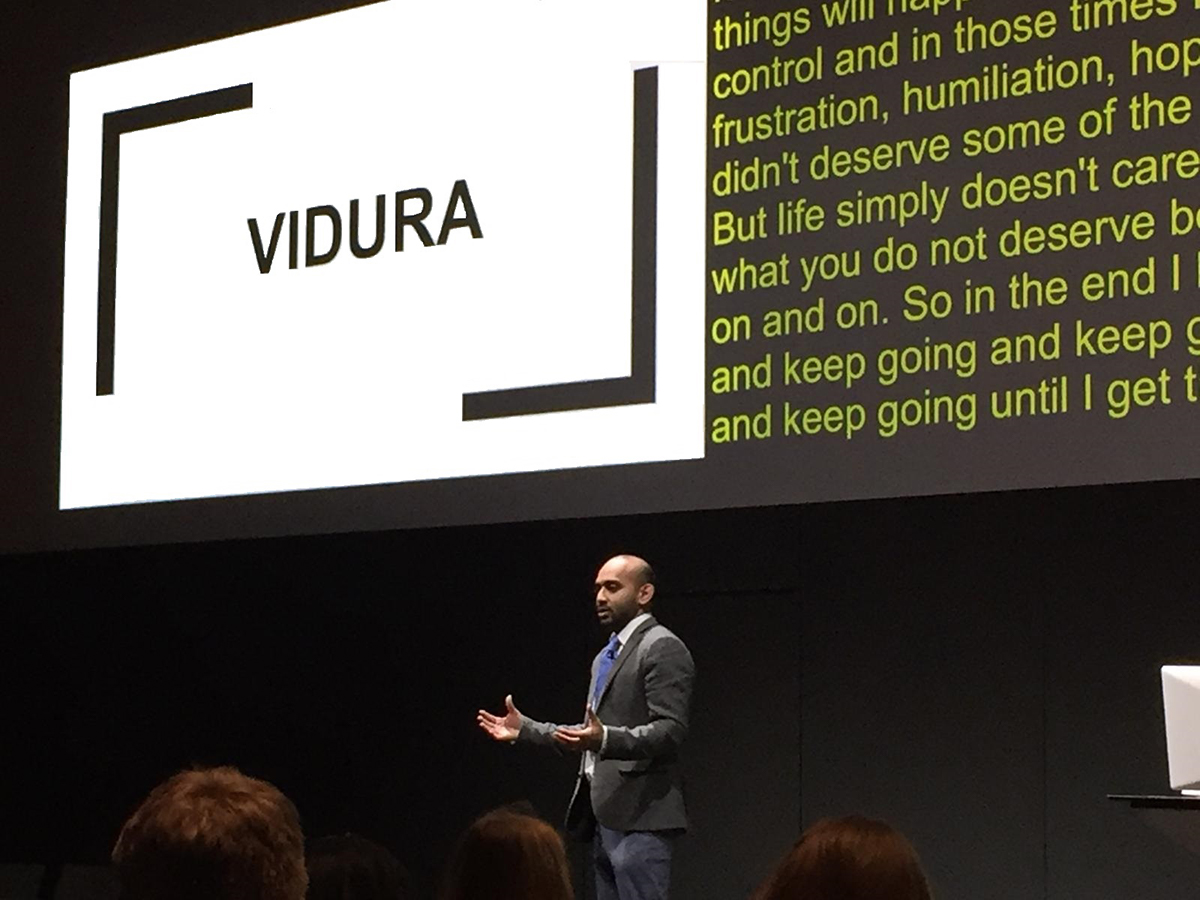 By Vidura, dancer, engineer and speaker

Two years ago, I left my job at Rolls-Royce to start a new journey as a public speaker. I have some important ideas I want to share with the world. I’m also street-dancer and have performed in front of large audiences all around the UK. However, despite my performing background, I had a lot to learn about public engagement. In this article I will share some of the things that I have learnt in my journey so far.

One of the biggest criticisms that I received as a dancer was that I didn’t engage with the audience during my performances. In fact, I lost several great opportunities because of it, despite compliments for my dancing. It was a fair criticism and it largely stemmed from that fact that I’m a shy person. When I got on stage, I listened to the music, I forgot the audience existed and I just danced. I barely ever made any eye contact or even put on a smile: I needed to break down the barrier between myself and the audience.

I decided to start small. This is something I learnt from dancing. I practiced and performed at small venues which helped me build my confidence before performing on big stages. So, I found a Toastmaster club (London Public Speakers) at London Bridge and attended as a guest. After a few weeks I felt confident enough to join as a member and deliver my first speech. After the first few speeches I gained more and more confidence, and I was able to work on developing that connection with the audience. Later that year I made it to the third round of the humorous speech contest on my first attempt. People did encourage me try stand-up comedy, and I did try it, but I didn’t really have the passion for it. It was not the reason I wanted to become a speaker, although I do incorporate humour into my presentations.

That leads to my next point. Whenever you are engaging with an audience, whether you are an artist or a speaker, you need to be really passionate about your topics and the audience. My passion was science education, social change and sharing my mental health story. I also knew that I liked working with children. I became a children’s entertainer for a while and it was a pretty challenging job, but I loved it. Trying is the only way to truly find out what you love doing. It then gave me the confidence to go into schools and speak at assemblies about the subjects that interests me. I have now delivered dozens of speeches at schools in front of hundreds of children. Outside of schools I’m engaging in science conferences and key-note speaking at ceremonies. I recently gave a speech to graduates of Imperial College and LSE which was my highlight. Try different venues, roles and audiences until you find something that is for you. Don’t settle.

Be unique. Use your hobbies to bring something different to the table and make it memorable. It doesn’t have to be a great artistic skill. Once, at a school assembly, I talked to the children about playing FIFA and the session turned in to a discussion about what tactics to use in the game. I really connected with them on a personal level. That’s the bit I remember the most from it. Use your stories however small or big they may be. Using your own personal experiences are a great way to connect with your audience.

Make your presentation relevant to the audience. When I first talked about social change using science and technology, it didn’t really go well. The audience was lost. It took several iterations for me to understand that the audience wanted to know more about how the changes I promote in society affected them, and not get too bogged down in facts and figures. Suppose I wanted a build a new type of home, the audience will not be too keen on how it’s made but more how the features inside it will benefit them. Put yourself in their shoes and think about what questions they may ask, and then incorporate the answers into your presentations.

Finally, don’t be afraid of criticism. If everyone always gave you compliments you probably wouldn’t improve much. In fact, after a speech or a performance I’m more interested in feedback on things that I didn’t do so well. I have received criticism at some stage for everything that I have tried, but that’s part of the journey. Use it, work on it and turn it into a positive. It’s a long journey to become a good performer, to stand up in front of an audience, and win them.