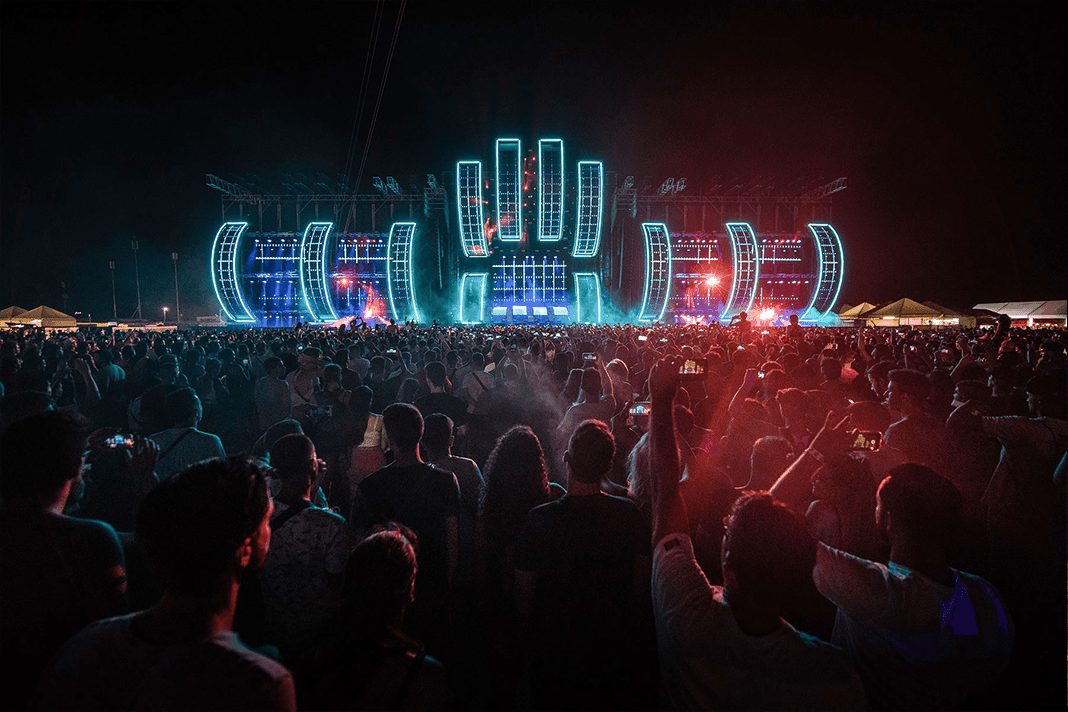 The 2018 Dreambeach festival, staged near the charming fishing town of Villaricos in Andalucía, Spain, is a picturesque location traditionally known for its unspoiled beaches and jaw-dropping sunsets … and now … for hosting the largest dance music festival in Spain!

In the highly competitive festival market each event is looking for something fresh, unique and invigorating in addition to amazing vibes and great music, and Dreambeach is also known for its commitment to excellent production values.

His eye-catching design WOWed the crowds, together with the dynamic artist line-up on the 70-metre-wide and 30-metre-tall stage and set. 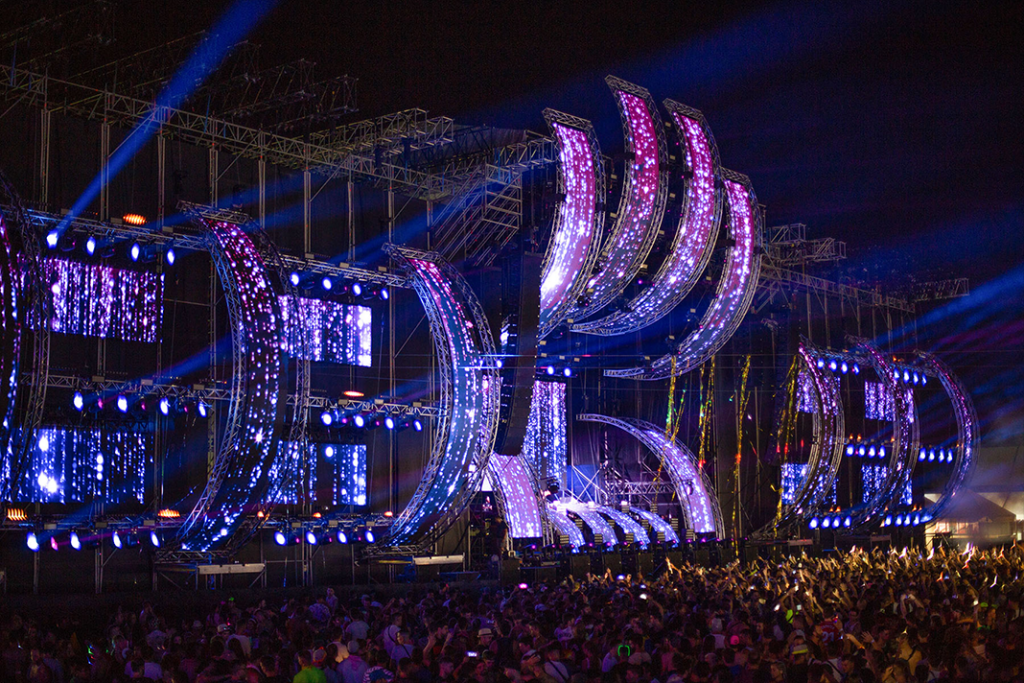 Eduardo (Edu), founding partner and creative director of Pixelmap Studios in Madrid, lights many dance music events and has become a bit of an expert in the specific optical needs of the genre. This was his third year at Dreambeach designing the full visual concept – including structures, the stage itself, the screens, video content and lasers – plus the lighting.

When formulating a design, numerous aspects are considered. The venue for a start, which in this case was a massive outdoor arena; then the type of artists performing in terms of bands, DJs, dancers, aerialists, etc, and naturally, the style of the music. Once that’s all clear in his head, he already has the first ideas for the architecture of the structures which form the base of each environment.

Then comes the all-important practicalities related to the process – venue capacity – and budget, alongside the build timescale.

For this show, the stage construction featured some serious metalwork and had an epic ‘wide’ look – characteristic of many dance style events. The set featured a series of convex video-clad semicircles protruding horizontally above the deck, resembling a giant – spacey – slot machine!

The Spiider’s powerful wash-beam attributes were used to create a uniform base of colour to wash the entire stage and set areas. Edu loves the intensity of the fixture’s output together with the zoom and the highly effective strobe function.

The MegaPointes were utilised for all the beam-work and the main effects with their speed and brightness. “We used this fixture for its true ‘hybrid’ capabilities” said Edu, “they are a high impact beam light as much as a gorgeous spot with a fantastic zoom”.

In fact, MegaPointe is his favourite multi-functional moving light now! 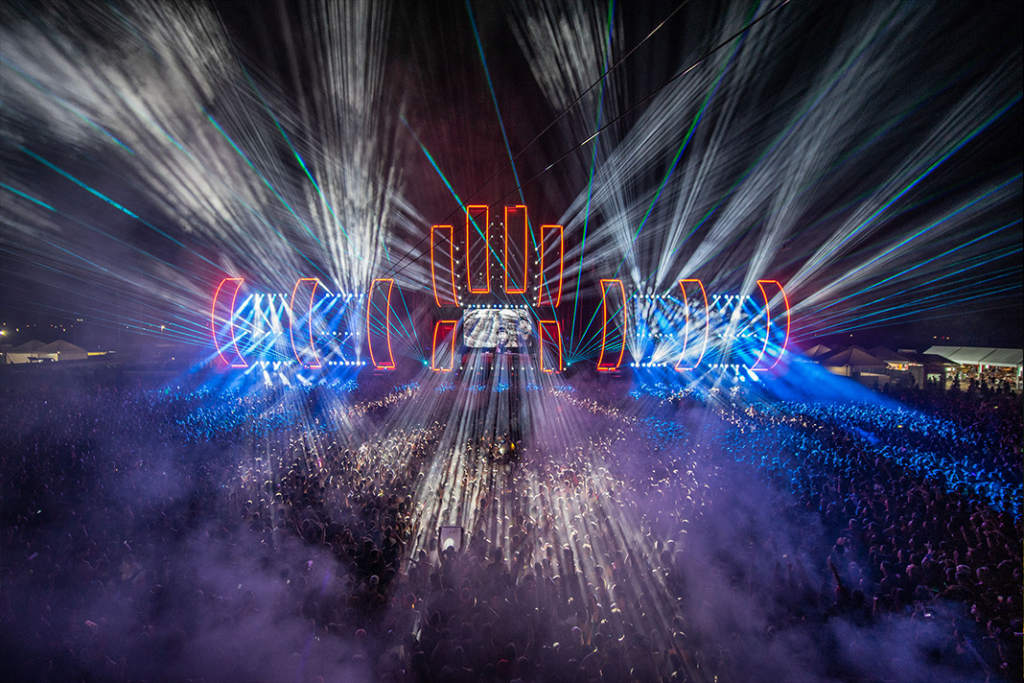 On the floor, the 16 x BMFL Spots served as sky scanners … their impressive output scouring the night sky, shooting up into the stars and making the perfect impression visible for kilometres around, even when in deep saturated colours.

Also on the rig were another 500 or so fixtures – a selection of LED strobes, blinders and battens.

The biggest challenge in lighting Dreambeach was to ensure that each artist playing the main stage had a different looking show and ambience for their sets! The video-heavy nature of the design and the MegaPointes were key to making this happen.

Edu worked with a large, talented and very passionate team of lighting, laser, video and pyro / FX programmers, operators and technicians to run all the technical visual elements of the show.

He enjoys operating the lighting console himself on these occasions, “I love feeling the music and the rhythms and creating the scenes in real-time working in collaboration with the video and laser directors … that’s when you get those real magical ‘goose-bump’ moments at FOH” he declared, adding that it was also great to get audience reactions to some of the visual transitions.

A typical Dreambeach lighting / video / laser / FX operating shift runs to 12 hours, so they swap crew in and out, ensuring breaks and rests so everyone can stay fresh and give the show their best when it’s their turn to engage. 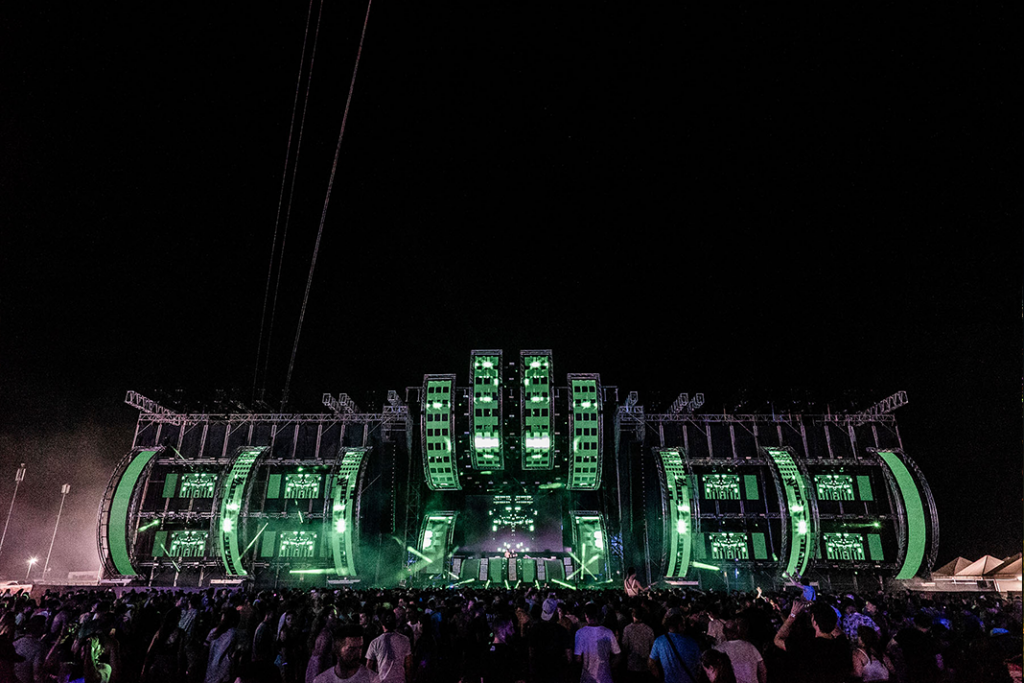 Edu described his own roles as “LD and a little bit of everything!”

Edu’s industry career started in television lighting, where he received a well-grounded training and education in the discipline before seeking the more adrenalised thrills and excitement of touring and live event lighting.

Pixelmap Studios was founded to originate and realise creative and innovative show designs, co-ordinate technical specifications and instigate the full delivery of imaginative productions for all types of live environments and entertainment scenarios.

Edu has been using Robe in his work since the launch of the hugely popular Pointe luminaire in 2013. For him – and many others – this was a game-changing light and one that took Robe into new stratospheres! It was also the start of an ongoing positive and highly productive relationship with the brand, thanks to the hard work of Spanish distributor EES which has firmly established Robe as a favourite, and readily available across all sectors.

“We all believe that Robe is innovative in its product development! The fixtures have also proved exceptionally reliable, they are fast movers, essential for lighting dance events, and there is a wide choice of lights to cover multiple applications” he concluded. 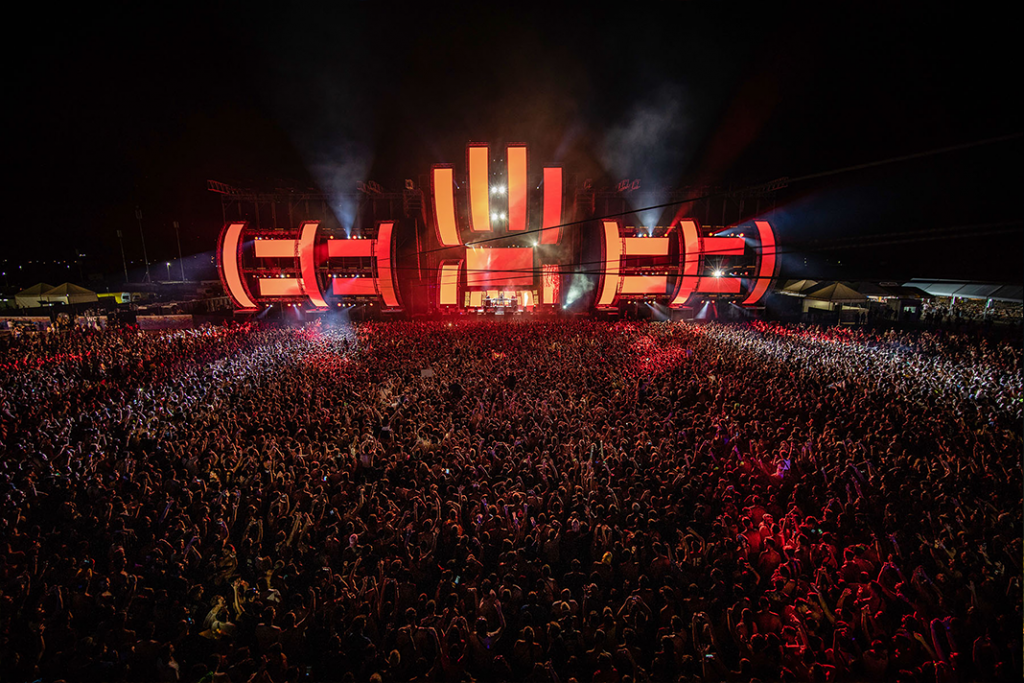