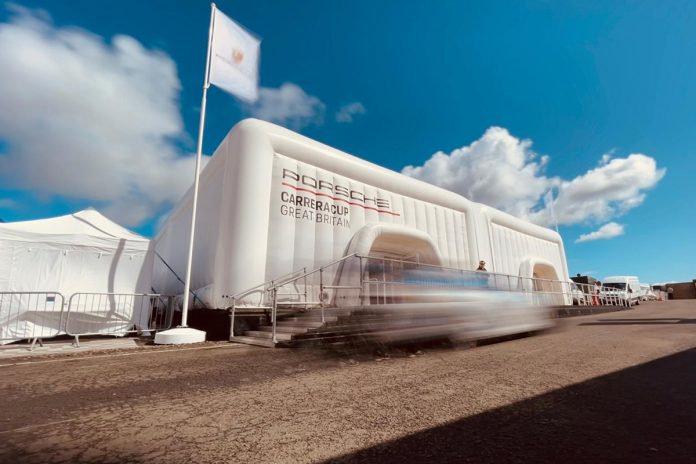 Inflatable structures specialist Evolution Dome is providing a full, turnkey solution for Porsche Hospitality across the Carrera Cup series, the fastest and most successful single marque GT championship in the UK.

Ash Austin, director at Evolution Dome, comments: “It’s a testament to the team to have been awarded an extension to our initial 3 year contract and we look forward to the rest of the 2022 Carrera Cup season.

“Our team is practiced in delivering, building, and finessing to exceed standards and working within the tight timelines. The extension to our initial contract highlights this.

Established in 1993, with similar schedules across Europe, the Americas, Asia and Australia, the Carrera Cup is the third largest race series in the world.