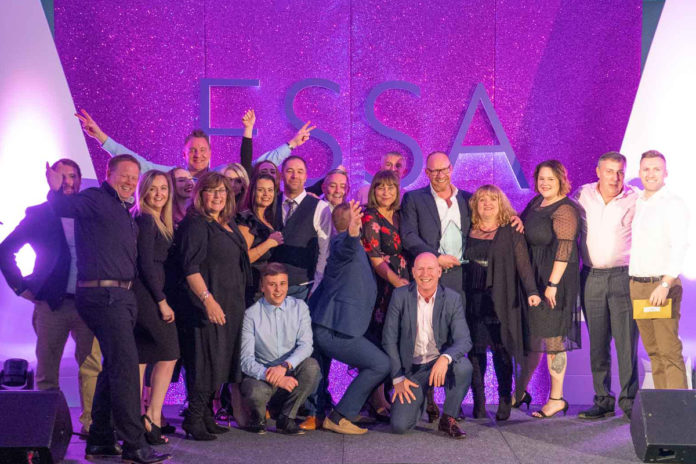 The Event Supplier and Services Association (ESSA) recently held its 2019 conference, welcoming more than 200 delegates from across the membership and event industry to the DoubleTree by Hilton at the Arena MK, Milton Keynes, for a day of compelling content and to launch an important initiative, the ESSA Accreditation Scheme.

The new accreditation scheme was announced during the conference’s Town Hall session, with ESSA Chair, Martin Cairns, ESSA vice-Chair Lou Kiwanuka, and ESSA Director, Andrew Harrison, introducing the scheme and explaining its purpose, mechanism and implementation to the assembled members.

In addition to the main programme, which featured the return of the Solutions Room sessions and the Town Hall, there were three breakout sessions offering advice on creativity, mental health and testing new ideas.

Following the well-received conference, 260 guests attended the ESSA Chairman’s Dinner and Awards Night, and met for pre-dinner drinks, including ESSA Branded Espresso Martinis, before enjoying a three-course meal with musical and comedy entertainment.

ESSA director, Andrew Harrison, commented at the end of the day, “This has been the largest ESSA Conference to date, and the initial feedback is that there really has been something for everyone who attended. We are delighted with the reception for ESSA Accredited. It is something that has been needed for some time and now we have the platform to build a comprehensive and well-designed accreditation process for this industry. The dinner and awards celebrated everything that is good about ESSA membership, now we can all step back and celebrate with friends and colleagues.”

With the awards awarded, nothing further remained than for the guests to enjoy the live music and dancing, and spend their conference dollars at the fun casino, into the early hours.