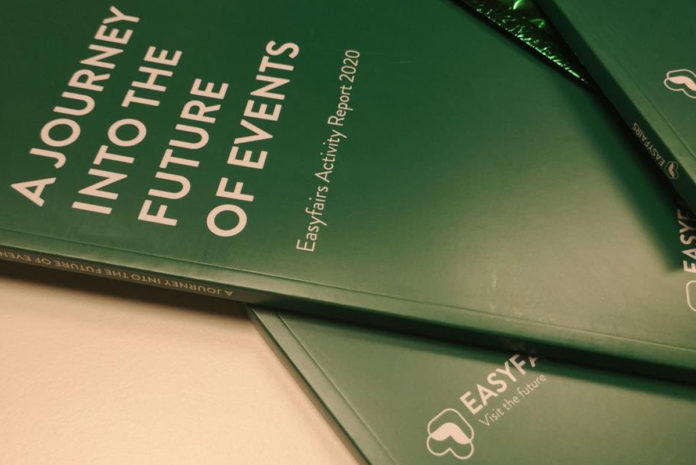 International event organiser and venue manager, Easyfairs, has published its latest Activity Report covering the years 2018-2019, focusing on how it is disrupting the industry by “easifying” the experience for its visitors and exhibitors.

The Activity Report is entitled A Journey into the Future of Events, echoing the company’s mission and tagline, “Visit the Future”.

Introducing the report, Easyfairs Group CEO and founding father, Eric Everard, explores the drivers of change in the events industry, concluding that people will always want to meet and interact face-to-face and experience innovation first hand: “People will say: ‘I like the tech, but I want the touch!’” So long as technology is harnessed to make the experience of “being there” even more satisfying, the events industry has a fantastic future.

Easyfairs reported further strong growth in EBITDA in its financial year 2018-2019 (16.8%). The report goes on to describe some of the major highlights and achievements over the past two years, notably:

Although Easyfairs’ main focus is events, it is also a leading venue manager in Belgium, the Netherlands and Sweden. In 2019 Easyfairs opened a third venue in Sweden, Åbymässan, serving the dynamic Gothenburg metropolitan area. Existing venues were refurbished and modernised, including a completely new hall at Antwerp Expo and a new multi-functional high-tech space for conferences, product launches and other events at Evenementenhal, Gorinchem, the Next Level.

Over the past two years, Easyfairs has also put a very strong emphasis on winning the battle for an increasingly diverse range of talents in what is, after all, a “people business” par excellence: “Our drive to the future will be guided not only by exhibition industry specialists but also by talented data scientists, market analysts, social marketeers and creative entertainers,” writes Everard.

Talent is one of five key success factors described in detail, the others being customer centricity, “easify”, a fully integrated and scalable platform and a technology and data-driven organisation.