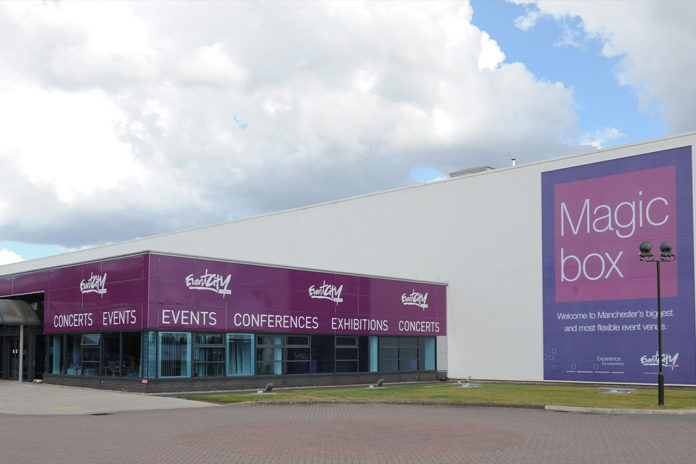 Next week will see the launch of a public consultation on the proposed re-development of the current EventCity site.

The plan is to move to a new purpose-built EventCity on the present site of Soccerdome, based in TraffordCity. Subject to planning approval, EventCity will leave its current location and temporarily cease operations in July 2020, before re-opening its doors to the public in September 2020. It is planned that the current site will become home to a unique wellbeing resort called Therme Manchester.

Designs and a detailed specification for the new EventCity are being finalised and will be revealed in the coming months.

Members of the public are invited to attend the planning consultation at EventCity next week, to be held in the foyer of Hall 1 at the following times:

EventCity is one of the largest “blank canvas” exhibition and multi-purpose event venues in the north of England. Boasting four halls and a maximum combined space of 28,000m2, it is commonly used for gala dinners, trade shows, meetings and conferences.

The venue is owned by the Peel Group, an infrastructure, transport and real estate investment company.