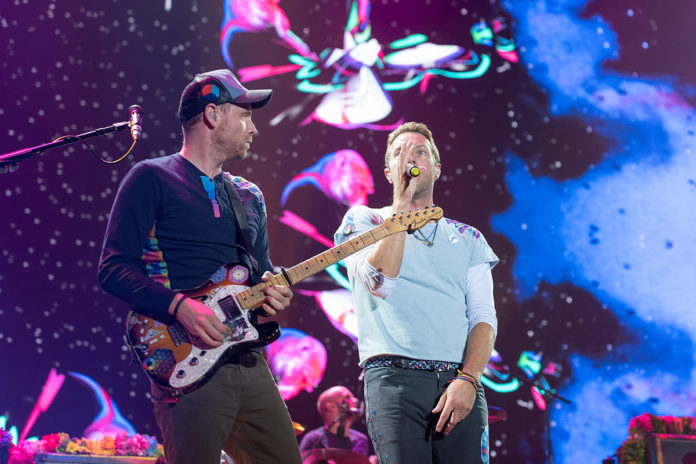 Lead singer of the British rock band, Chris Martin, has revealed that the band will not tour its new album due to the environmental impacts the concerts would have.

He said: “We’re taking time over the next year or two to work out how our tour can not only be sustainable but how it can be actively beneficial.”

Though disappointing to fans, this announcement is not unusual for 2019 which also saw Extinction Rebellion protests shut parts of London down twice and climate activist, Greta Thunberg, sail to the US on a two-week voyage to speak at a UN climate summit, instead of travel by aeroplane.

Martin explained that the band wished to continue playing but wished their tours would have a positive impact. “Our next tour will be the best possible version of a tour like that environmentally. We would be disappointed if it’s not carbon neutral.

“The hardest thing is the flying side of things. Our dream is to have a show with no single-use plastic, to have it largely solar-powered.”

Chiara Badiali from Julie’s Bicycle and Music Declares Emergency, commented: “There is a critical shift happening in the music community that puts the climate crisis centre-stage. This is underlined by over 1,000 artists including Foals, Robyn, The 1975 and Massive Attack who have signed up to music industry campaign, Music Declares Emergency, as well as Coldplay’s recent announcement.

“From better routing that minimises the need for air travel, show design that reduces the number of lorries on the road and using the platform of gigs to connect fans with environmental issues and campaigns, there is plenty that artists can do. This is also a rallying cry for venues and events to work with artists to create a new live music scene that is powered by renewable electricity, cutting waste by serving drinks in re-usables, shifting to more plant-based diets and works to inspire fans across the world to take action.”

This notion is one which Emma Banks, the co-founder of Creative Artists Agency’s UK branch, also shares. She says artists must take on a proactive approach to providing more sustainable tours.

She said: “The more shows you have, the more environmental impact it has. We need to think more about how we can actually not create the problem in the first place.”

She commented that artists and their tours might just have to “dial it down a bit” in order to have fewer environmental impacts.

Live music performances impact the environment for a number of various reasons including creating huge amounts of waste, using energy and requiring a lot of transport which, subsequently, increases the gig’s carbon footprint.

Emma stated: “If everyone that’s doing a tour cut five trucks, that would make an impact. It’s not going to make as much an impact as if you didn’t have any trucks, but we can’t go and watch people in the dark with no microphones. That’s not going to work.”