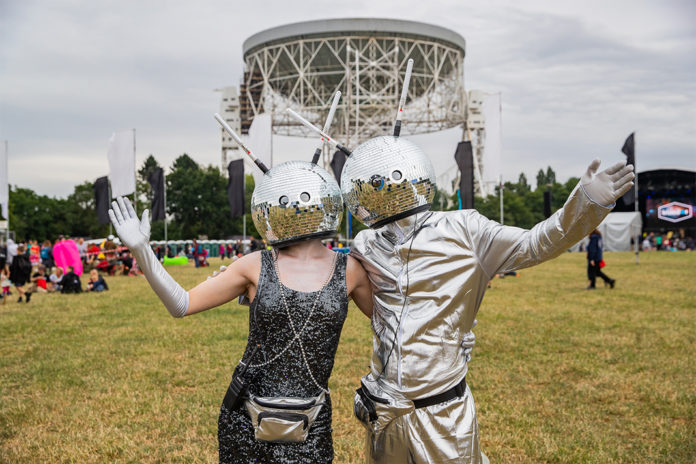 To celebrate 50 years of humankind first setting foot on the Moon, bluedot- the award-winning music, science and culture event held at Jodrell Bank Observatory – has announced its plan to bounce messages from this year’s top billed acts off the Moon and back to Earth including audio messages from the artists and an image of Joy Division’s iconic Unknown Pleasures album.

This feat – called a Moonbounce – will utilise the Dwingeloo Telescope in the Netherlands to transmit the messages into space and rebound it off the surface of the Moon. The festival will then catch the returning echo using the Mark II Telescope at Jodrell Bank before playing it back to the audience through the sound system.

Organisers are also appealing to festival-goers to submit their voice messages to help celebrate this special anniversary – it could be a short poem, a personal message to the Moon or even their hopes for the future of space exploration. The best will be selected and used as part of the unique Moonbounce performance over the weekend.

The Moonbounce messages are inevitably distorted as they travel almost half a million miles in just three seconds – the organisers suggest speaking slowly and clearly and to keep messages to under 20 seconds.

The artists’ Moonbounce messages will be played at the Big Bang Stage at half past midnight on Saturday night. Messages selected from festival-goers will then be played at 2am as part of Lunar Loops’ Live Moonbounce with Illuminos when the unique messages will interact with and influence the visuals that will be projected onto the Lovell Telescope.