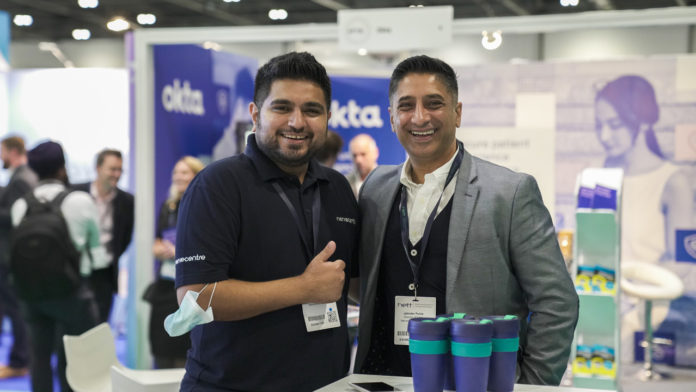 By James Tucker, CEO of GovNet

I regularly read interviews in which some of the world’s most talented footballers and biggest-selling musicians explain they still get nervous ahead of a huge match or a gig – often down to the uncertainty of what is going to happen next or and the expectations on their shoulders.

As I jumped off the DLR at Custom House last Monday evening, and briskly marched up the long walkway towards the ExCeL – a venue where we had hosted so many successful shows over the years – I must admit I did get a few butterflies in my stomach.

It was time for HETT21, our first live exhibition and conference since the beginning of the pandemic, which has caused so much upheaval, uncertainty and pain within our sector. This show has been a long time in the planning, and it was incredibly fitting that it would be the healthcare community who would be arriving early on that Tuesday morning (28th), to be reunited and to share their stories from the past 18 months.

Thankfully, my nerves quickly dissipated as thousands of people began to pass through the registration desks, fill out the content theatres and network with the 100+ exhibitors that had set-up on-site the day before. Throughout the ExCeL, there was a unique buzz, no doubt created through a combination of excitement and relief.

As proceedings got underway, my first port of call was to watch NHSX CEO Matthew Gould’s fireside chat, where he focused on the NHS app, digital innovation, and elective recovery. He explained it was an “odd experience having not spoken to actual people for a year and a half,” before telling the audience it is “brilliant to see you all”. He kicked-off the show in the best possible way, sharing his organisation’s key priorities as we recover from Covid-19, as well as exploring the development of the NHS app as we look to the future – the very app delegates used to access their Covid passports to enter the show.

The content was incredible across the two days. In fact, many of the delegates thanked us for being bold enough to bring the community together and emphasised the impact it will make on digital healthcare in the UK. A telling sign was that people stayed right until the end of Day 2. In fact, #HETT21 was the number one trending hashtag topic on Twitter in London for much of the show, which only illustrates just how keen people were to share their live event experiences once again.

What struck me most was that the community just loved being face-to-face once again. For example, the drinks reception was busting at the seams – nobody wanted to make an early exit. People were so enthusiastic to catch-up with old faces and make new connections. The feedback from the sponsors was that they had the best conversations they’d had in two years. We hope this is also the case at other conferences as the events sector ramps up over the coming weeks and months.

Congratulations must go to our super talented HETT team, who’s hard work and dedication, during such a difficult period, really paid off. Whilst they have hosted a number important and valuable webinars and virtual events during the pandemic, it was so rewarding to see them plan and deliver an amazing live event. Also, huge thanks must go to our ops team, who were back doing what they do best in their natural habitat (not to sound too much like David Attenborough), as well as other GovNetters who were on hand to help.

To those event directors and managers up and down the country that are busily preparing for upcoming conferences and shows, don’t let the nerves worry you. If your team is focused on creating compelling content and the right type of experience for your communities, you’ll be met with a hungry and enthusiastic audience – live events are back!