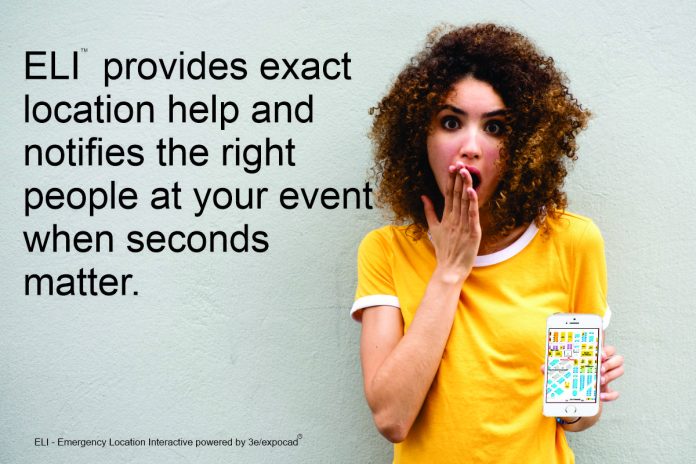 Grandiose it might sound, but EXPOCAD® changed live events when it introduced the digital floor plan more than 35 years ago.

Providing for the world market out of Aurora, Illinois, back in 1989 EXPOCAD® put an ad for its floor plan tech in what was Expo Magazine, triggering 700 interested phone calls – email still some way short of commonplace in those days.

Over the next 10 years digital floor plans switched from fanciful to de facto, on both sides of the Pond, EXPOCAD® jumping over to the UK as soon as the system had made its mark Stateside.

Benchmark established, the evolution process started. EXPOCAD® Web, in 2006, which introduced a virtual marketplace for attendees to research exhibitors and learn more about their products and services, was superseded by the more descriptive online interactive floor plan, EXPOCAD® Marketplace.

And since then, in response to the Manchester Arena bomb in May 2017 and the shootings at Route 91 Harvest country music festival, Las Vegas, later the same year, EXPOCAD® developed the Event Location Interactive (ELI) service, using EXPOCAD® FX floorplan technology.

In any sort of crisis, knowing EXACTLY where the subject is changes the game, buying crucial time in the case of a medical emergency on one hand and in pinpointing a ‘hostile’ individual for security services on the other.

However complex the floor plan, ELI utilises the intelligent technology and GPS to allow precise location of emergencies.

To overcome the limitations of push‐to‐talk and walkie‐talkie communications, ELI connects authorized users to designated first responders, managers and authorized staff using any smart phone.  No apps, no installation necessary.

An ELI channel provides information via an adage, ‘a picture is worth a thousand words’, for example, and the precise location is instantly communicated to individuals/agencies designated by management.  First responders will know exactly what emergency occurred, where and when.

This technology is so unique, American and International patents are being filed and, on top of that, in the US, the Department of Homeland Security is evaluating ELI for Safety Act approval.

“Threats to our industry are not just little critters that make us sick,” Rich Stone, CEO at EXPOCAD®, says. “Helping audiences and the emergency services is a crucial example of the horizontal nature of where digital floor plans are heading.”

Oceandiva London Spearheads All Electric Highway of the River Thames